Dustin Poirier will head into UFC 264 as the slight favorite, and with that in mind, UFC president Dana White believes he knows why ‘The Diamond’ might have the edge over Conor McGregor for their upcoming trilogy bout.

Speaking with Colin Cowherd, the UFC boss mentioned that Poirier, the lesser-known fighter between the two, could win simply because he’s more motivated than the Irish megastar. White said:

“I think that’s the story of this fight. There’s no secret that Conor McGregor has made tons of money. And this kid is doing what only one percent are doing in the world. Is he hungry enough this Saturday to try and take another title run? Can he beat Dustin Poirier? That’s sort of the narrative of this fight.”

Dana White also said Poirier’s lack of recognition is the reason he’s hungry for a second consecutive victory over the octagon’s most prominent star. According to the UFC president, Poirier’s work ethic might be enough to get him the win at UFC 264.

“This is a kid (Dustin Poirier) that has grinded and worked his way up to the top,” White said. “Nothing was ever handed to him; he’s earned everything that he’s got. And he’s down there in Florida training with savages. I mean, this guy hasn’t made the money that a Conor McGregor has made. So this guy is still grinding and working hard.”

“There was a lot of criticism of him for taking this fight as the number one-ranked guy in the world. He could’ve fought for the title. But he’s done it all. He’s been there. He’s fought for it. He’s been around for a long time.”

Watch the full interview below: 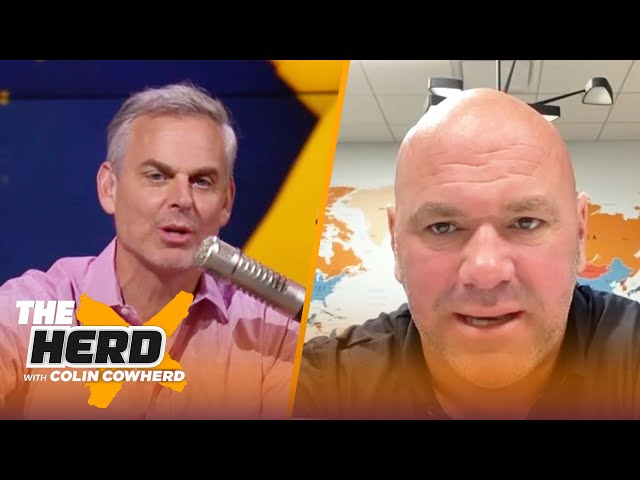