Darren Till has spoken about why he has so much respect for Conor McGregor.

This Saturday night at UFC 264, McGregor will attempt to get his UFC lightweight title quest back on track when he goes head to head with Dustin Poirier. Darren Till, on the other hand, will battle Derek Brunson in a crucial middleweight clash later this year.

Both men have been through their fair share of trials both inside and outside of the octagon, but they’ve maintained a pretty loyal fanbase through it all.

That’s especially true for Darren Till, who, during a recent chat with Ariel Helwani, spoke about why he admires McGregor’s loyalty.

“One thing about Conor mate, through all the bulls*** whatever he’s done, he stays loyal to his team, stays loyal to his manager, and he’s never not given you [Ariel Helwani] an interview. I have to give him props for that, so big up to Conor because I try to live by the same set [of rules].”

“There are people in your ears who say ‘you know maybe you should go here or do this or go with that guy’ and it’s like, believe in the process – and Conor has definitely done that. Okay, he’s had a loss or two, I’ve had my loss or two, but he’s at the top mate. He’s still at the top.” 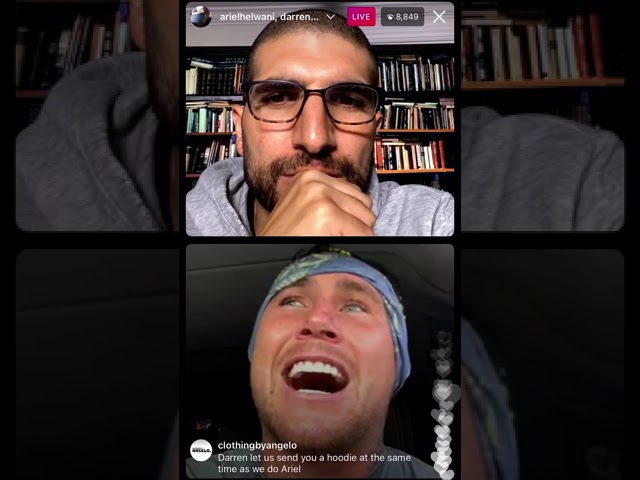 Can Darren Till be the next Conor?

It’s always pretty easy to talk down to fighters such as Darren Till and Conor McGregor because they both know what it feels like to taste defeat, but these men are warriors – and it’s true that they’ve stayed pretty loyal to their respective teams.

Darren Till’s potential is still up in the air for many who believe he has yet to live up to the hype inside the cage. The Brunson fight is looking set to be an intriguing test of what he can do.

McGregor, though, has arguably the most important fight of his career ahead of him this weekend in Las Vegas, with many believing this is a crossroads moment for his status as an elite fighter.