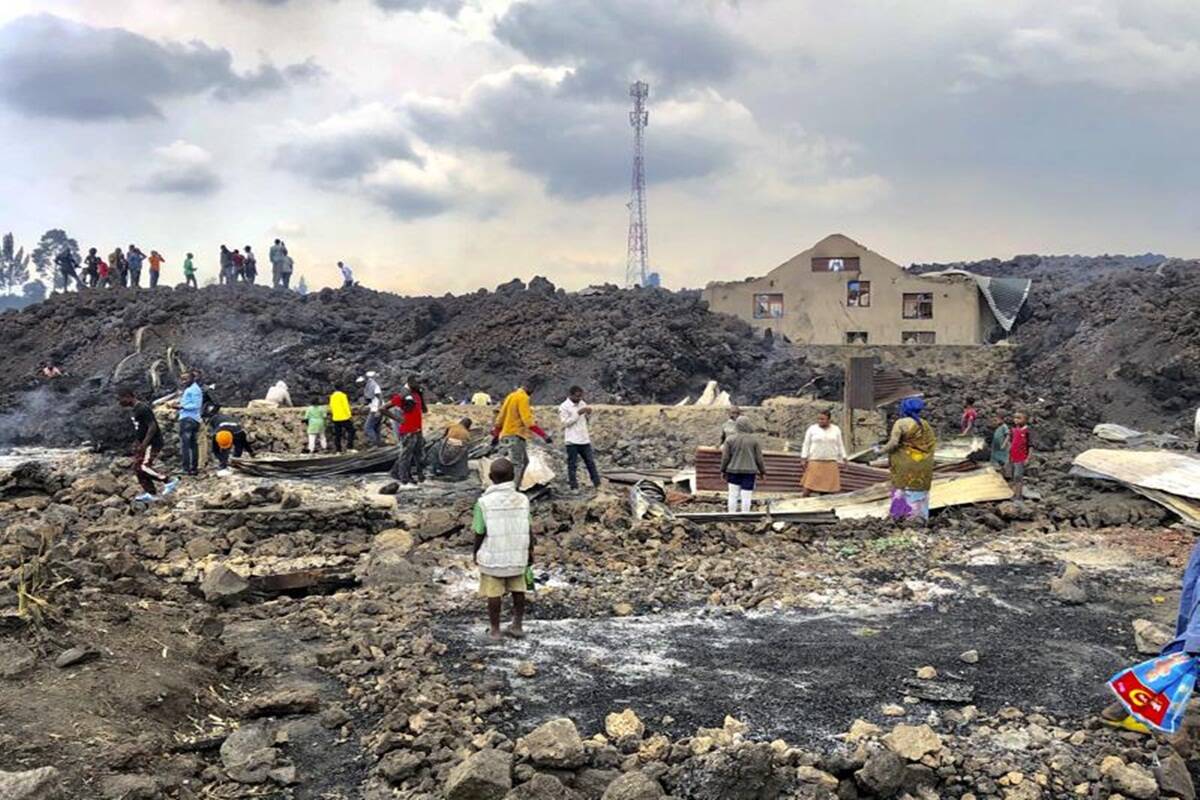 The Congo volcanic eruption that happened on Saturday night killed about 32 people, said the officials on Monday as the residents looked for their missing dear ones amid the destroyed homes in the outskirts of Goma, the city where the aftershocks of the volcano were detected.

Mount Nyiragongo made the dark night sky fiery red and alter spewed the lava into the villages, destroying over 500 homes, said the survivors and officials.

The death toll on Monday rose to 32 from 22 and was probably to continue increasing, as per North Kivu province’s Civil Protection Head, Joseph Makundi. Over 12 individuals lost their lives due to car accidents as they were escaping, said Makundi. The others died when the lava destroyed their homes.

A few people died on Monday because of inhaling the toxic gas or smoke while they were passing through the cooling volcanic lava. They were on road between Goma and Kibati that was disconnected by a lava flow 1000 meters broad, said Celestin Kasereka Mahinda, scientific director of the Volcanic Observatory of Goma.

The population in Goma should avoid unwanted travel and also not go to places that are affected by the volcanic lava as its harmful and toxic, added Mahinda.