Tyson Fury’s camp reported a COVID-19 outbreak, after which Tyson Fury also contracted the virus. This caused the trilogy fight between him and Deontay Wilder to be pushed from July 24 to a newer date, which is currently being speculated as October 9, 2021.

Telli Swift appeared in an interview where she gave her thoughts about the whole situation. She started by providing an insight into how Deontay Wilder took the news of the postponement. Telli Swift said:

“I mean, he [Deontay Wilder] is pisssed off. What can you do? You’ve trained so hard. Blood, sweat, and tears. And then, for someone to have COVID… And Deontay’s fight with torn biceps, broken fingers, burns on hi arms, and he still fought. So, I just feel like, with COVID, and you have sixteen days till the fight, he [Tyson Fury] should still be able to fight and make it happen.”

The conversation then shifted gears, and Telli Swift was asked whether she believes Tyson Fury is using the situation as an excuse to postpone the fight. Swift responded:

Deontay Wilder has not stepped inside the ring since losing his rematch against Tyson Fury in February 2020. The former heavyweight champion has remained dead-set on exacting revenge; he did not take any other fights while his legal team took its time to win the case for a rematch with Tyson Fury.

“Absolutely not. Deontay’s mind, he eats, sleepts, lives Tyson Fury. So, he is ready for Tyson.” Telli Swift also chimed in on Tyson Fury’s “carelessness” regarding COVID vaccination, saying, “I just feel like he was very careless and he didn’t do what what he was supposed to do – what we were told he did, he didn’t do.” 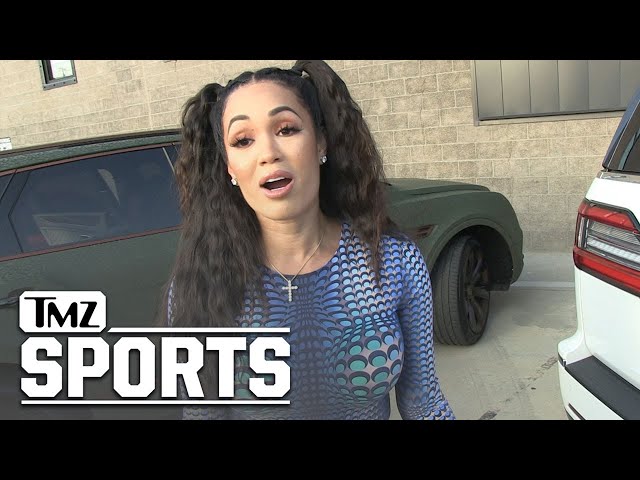 Also read: “He did wrong and I’m the one being penalised” – Deontay Wilder reacts to Tyson Fury reportedly testing positive for COVID-19