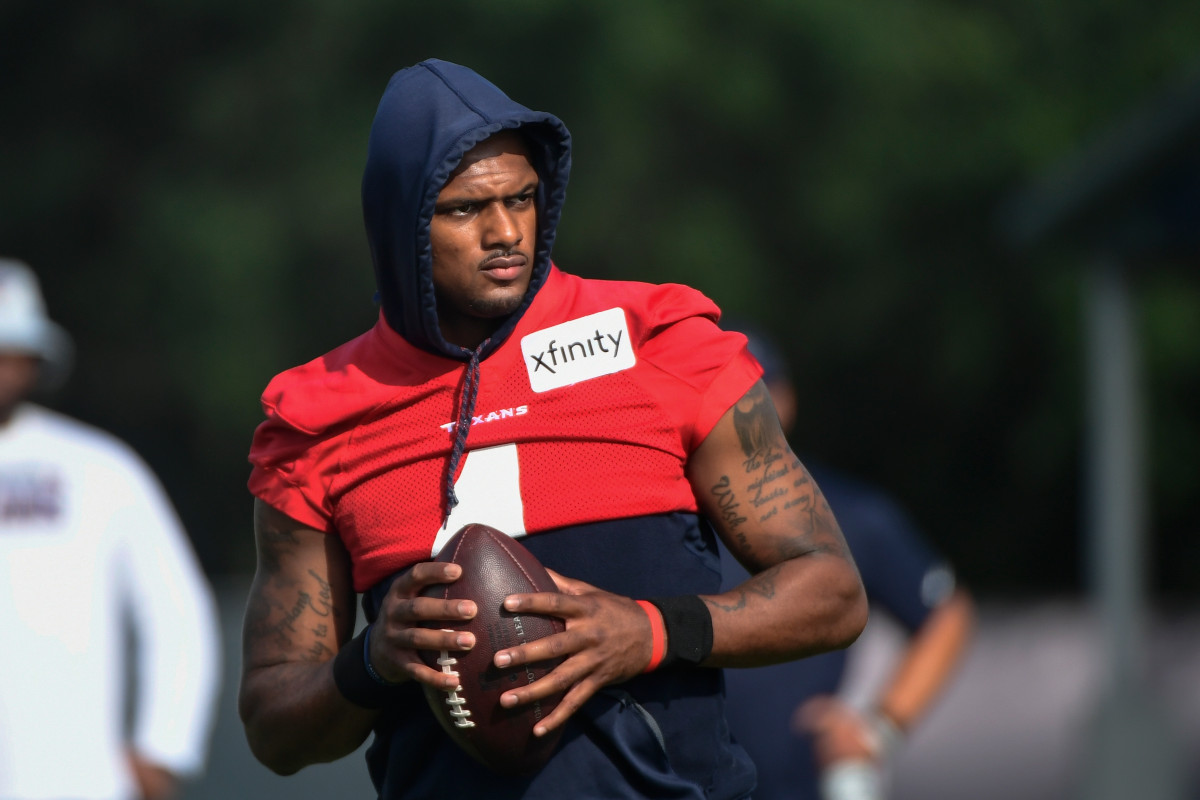 “Why are you all always filming me every day?” Watson ask reporters on Thursday while walking off the field in his red No. 4 practice jersey. He threw his hands in the air and added, “It’s the same s—t.”

Watson’s comments Thursday marked one of his first encounters with the media since the allegations — which he has denied — became public in March.

In January, Watson requested a trade, reportedly due to frustrations over not having more input in franchise decisions.

It’s been a week for Watson, who on Monday was treated for foot and ankle injuries. On Tuesday, he was absent at Houston’s first practice in pads. The next day, the Texans’ unofficial depth chart oddly listed Watson as the team’s fourth-string quarterback.

The NFL has not suspended, or taken any disciplinary action against Watson as the league and police continue to investigate the civil lawsuits.

Watson has been able to practice with the Texans at training camp. Had he not shown up for camp, the 25-year-old would have been fined $50,000 for each day missed.

Texans general manager Nick Caserio told Sports Radio 610 on Tuesday that he doesn’t expect Watson to travel with the team to Green Bay.