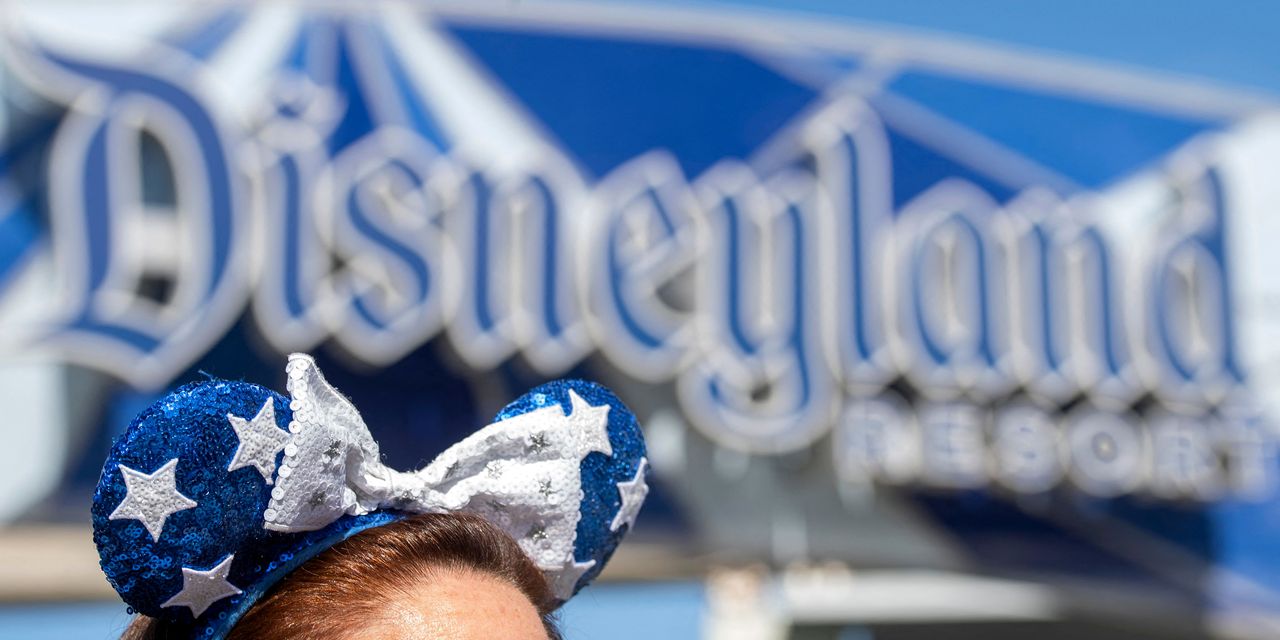 latest quarterly results checked the major boxes investors had been hoping for: A postpandemic rebound is under way at several legacy media and entertainment businesses while streaming continues to grow despite the competition from a reopening economy.

Disney+ added plenty of subscribers, while theme parks revenue rose more than threefold. Ultimately, there was enough in Disney’s report on Thursday to please both short- and long-term focused investors. The stock (ticker: DIS) was up more than 5% in after hours trading, to around $189.

Disney said Thursday evening that it brought in a slightly higher-than-expected $17.0 billion in sales in its fiscal third quarter, which corresponds to the three month period that ended on July 3. In the same period a year ago, the company had revenue of just $11.8 billion. Back then, theme parks and movie theaters were closed, sports events were canceled, and advertisers pulled back on spending. That pushed Disney’s earnings deep into the red and forced the company to suspend its semiannual dividend payment.

The biggest improvement came from Disney’s Parks, Experiences and Products segment, which includes its domestic and international theme parks, cruises, and merchandise licensing and retail businesses. Revenues there were more than four times the year-ago quarter, at $4.3 billion versus Wall Street’s $3.9 billion average forecast. The segment eked out a $356 million operating profit, thanks to strong consumer goods sales and despite only breaking even at domestic parks and losing money internationally. Those Baby Yoda dolls are still flying off the shelves, it appears.

Disney’s other businesses—reported in a catchall segment called Media and Entertainment Distribution—also showed a postpandemic bump, with sales up 18% year over year to $12.7 billion. That was about $100 million short of analysts’ average estimate.

The highlight there was Disney’s all-important streaming business. Direct-to-consumer revenue jumped 57% from a year ago, to $4.3 billion, and the segment’s operating loss narrowed by 53%, to $293 million. That revenue matched Wall Street’s average estimate, while the loss was about half as large.

Every weekday evening we highlight the consequential market news of the day and explain what’s likely to matter tomorrow.

Some investors and analysts had been concerned going into the report that Disney could miss its subscriber numbers by a wide margin.

(NFLX) cited the impact of widespread vaccinations and lifting of government restrictions during the second quarter for a decline of 430,000 subscribers in North America in the second quarter, while growth decelerated abroad. Disney+ did much better than that.

Still, Disney’s TV networks—which include ABC, ESPN, Disney Channel, FX, and National Geographic—were responsible for almost all of Disney’s operating profit in the just-reported quarter. The return of sports leagues and advertisers boosted revenue there 16% from the year-ago period, to about $7 billion, but operating earnings fell 33%, to $2.2 billion, as ​​programming and production costs also returned.

Parks are still in recovery mode, while streaming remains in an investment phase and the movie-theater business is still hurting. Former CEO Bob Iger and his successor Bob Chapek have staked the future of Disney on its direct-to-consumer push. But in the meantime, the company is still reliant on its legacy media businesses. Its dividend remains on hold for the first half of fiscal 2021.

Disney’s stock has been stuck in neutral lately: It’s up 36% over the past year—three points ahead of the

—but flat since December and down 12% from its March record. Thursday’s results should remove at least some uncertainty around the business and could begin to get the stock moving again.