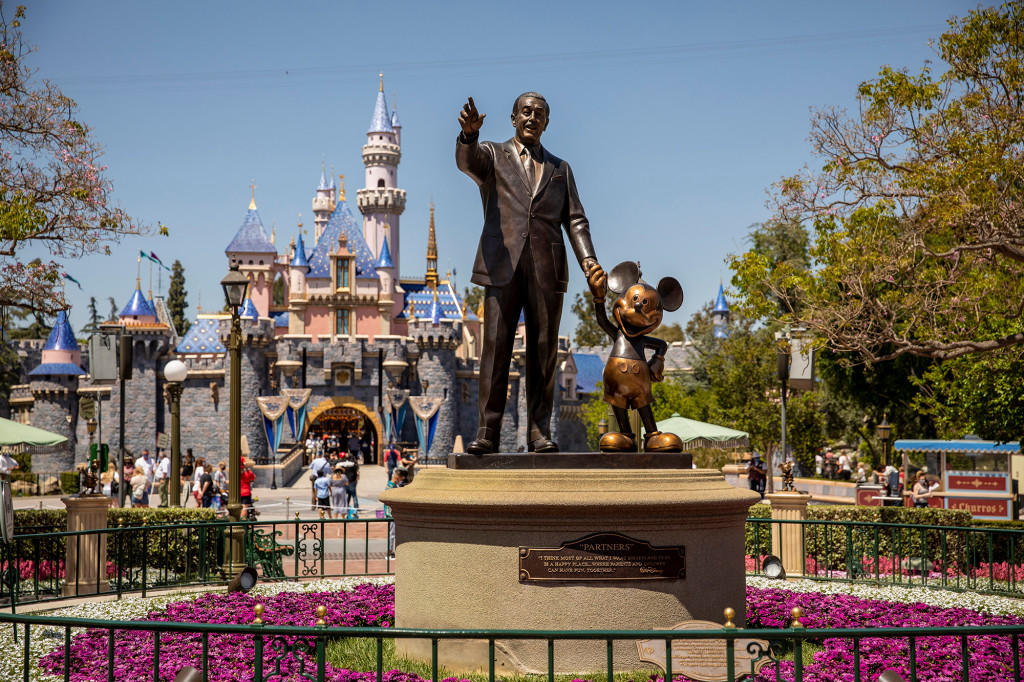 Shares of Disney popped late Thursday after it said consumers flocked back to its theme parks, like Disney World and Disneyland, in the third quarter.

The Mouse House said the economy recovery triggered by widespread vaccinations has helped its all-important theme parks, resorts and cruise business, which had been crushed by the pandemic, return to profitability in the quarter that ended July 3.

Consumers also continued to sign up for the company’s streaming service Disney+ last quarter, even as people were venturing outside more.

Disney beat third-quarter earnings expectations across the board, sending shares up 6 percent in after-hours trading despite growing concerns that the highly contagious delta variant could slam the brakes on the recovery.

Some airlines have already warned of a sudden slowdown in bookings, including cancellations.

Disney posted net income of $995 million, or 80 cents a diluted share, excluding certain items, on revenue of $17.02 billion, a gain of 45 percent. Analysts had been expecting EPS of 56 cents on revenue of $16.8 billion.

Disney CEO Bob Chapek acknowledged the “uncertainty” of coronavirus pandemic as the cases rise around the world. He didn’t elaborate on how it may impact the business except to say that theme park reservations at US parks “remain strong” and that he is “bullish” on the division.

Chapek also touted the company’s new COVID-inspired movie release strategy, which has some Disney film released on its streaming service at the same time they are released in theaters.

Of course, that same-day release strategy also led “Black Widow” star Scarlett Johansson to sue the Mouse House, claiming breach of contract over what she was paid.

The actress claimed Disney guaranteed that the blockbuster would premiere exclusively in theaters and that her salary was based largely on how well the movie performed at the box office.

Although Chapek did not comment on the legal battle, he did note that Disney has “figured out ways to fairly compensate their talent.” and that since Covid, the firm has inked “hundreds” of deals with talent that “have gone smoothly.”