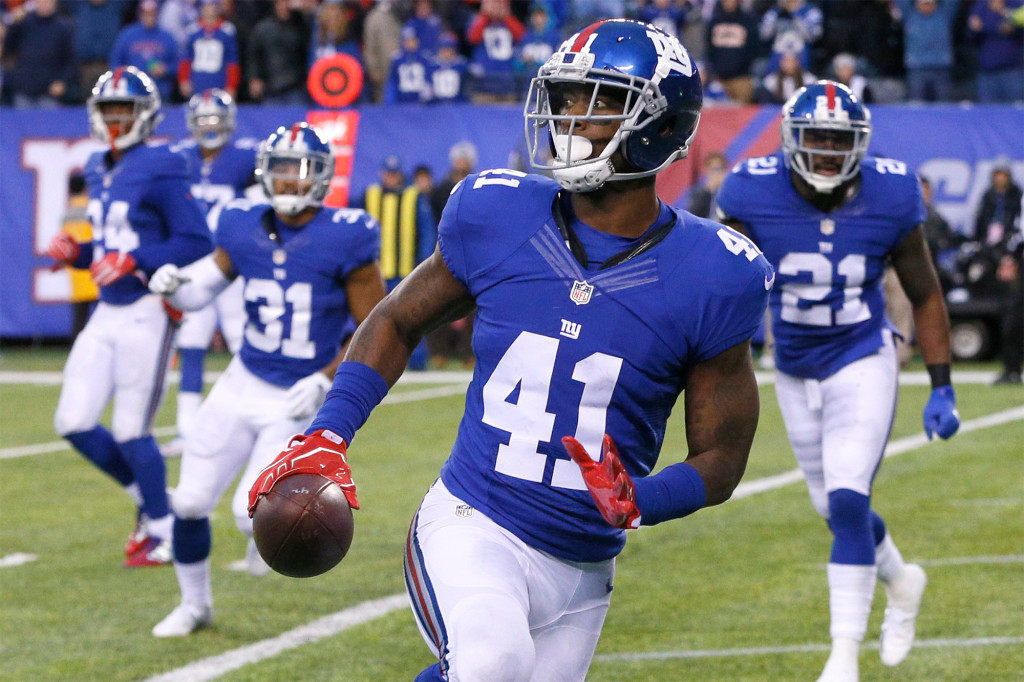 Strangely enough, the only thing missing from Dominique Rodgers-Cromartie’s football resume this year is playing in the NFL.

And he says that almost happened, too.

After a brief coaching stint at Tennessee State in the FCS spring season, and before joining the American Flag Football League, Rodgers-Cromartie says he received offseason interest from the Falcons, Jaguars and Lions. So why is he making circus touchdown catches for a team called “Kings of Florida” rather than building upon his resume as a two-time Pro Bowler with 30 interceptions over 12 seasons?

“The only problem was I didn’t know until last minute that you had to be fully vaccinated,” the 35-year-old Rodgers-Cromartie told The Post. “When you feel like something is gone, it’s gone. I wasn’t prepared. I’ve been just living life and playing football.”

NFL players are not required to be vaccinated against COVID-19, but the safety protocols are much stricter for the 10 percent who have not received at least one shot. Agents say teams primarily only are interested in signing vaccinated free agents, but if that changes Rodgers-Cromartie would consider un-retiring.

“The game is still in me,” he said. “I’m in great shape, but to go out there and play a whole season in pads is different.”

“DRC” started the only playoff game the Giants have played in the last 10 seasons (2016), but was in the middle of the next season’s spiral as one of three defensive backs suspended by the team during the same season coach Ben McAdoo was fired. Only now are the Giants showing signs of possibly coming out of a four-year malaise.

“We built something and then everybody started going their own way,” Rodgers-Cromartie said. “I don’t think we had enough time. We could’ve been a real special group. I did what I could and I wouldn’t change anything I did because I was always a real quiet leader.”

Since leaving the Giants after the 2017 season, Rodgers-Cromartie has played just nine games, none last season. But he trains with his cousin – Colts cornerback Isaiah Rodgers – and will cover receivers catching passes from Jameis Winston when he gathers teammates for local workouts during the offseason.

So, what if a team gave notice that a short-season opportunity is available when injuries mount in November? Say, for example, the Jets, who are light on cornerback experience and where Rodgers-Cromartie “almost happened” to sign in 2014.

“I could still go out there and guard the No. 1 receiver easy,” Rodgers-Cromartie said. “I’m still running with them and right there guarding everybody. I can still play the game at a high level.”

Instead he is playing it for fun. That’s how “DRC” described his decision to join the 7-on-7 American Flag Football League, which will livestream 10 playoff games on Facebook beginning at 10 a.m. Saturday with Rodgers-Cromartie facing a team headlined by former Cowboys receiver Terrance Williams.

“You get to understand what football really is without the helmet and the tackling,” Rodgers-Cromartie said. “It’s the skill set of running, jumping, catching, being athletic where you can run full speed and stop on a dime, and with only seven people on the field you can see the smarts because you have to have a strategy.”

Rodgers-Cromartie followed Michael Vick, Chad Ochocinco and Terrell Owens into the American Flag Football League and tried with mixed results to recruit former NFL teammates as his 15-player team chases the $200,000 prize. His rule for invites is “all cornerbacks.”

“I love the trash-talking that goes on,” said Rodgers-Cromartie, who earned $47 million in the NFL. “When guys figure out who I am, they love to say, ‘This isn’t the NFL. This is the AFFL. This is our world.’ They keep gunning for me, so I have to stay on my toes.”