Dustin Poirier’s knocked Conor McGregor out once already and there’s no reason why the Irishman can’t do it again when they lock horns in the headliner of UFC 264 on July 10. This time around, there’s also a fresh and equally massive motivation for him to get a stoppage win against McGregor.

If Dustin Poirier knocks out Conor McGregor in their much-anticipated trilogy fight this weekend, ‘The Diamond’ will have the most knockout victories in the history of the UFC lightweight division. With 7 KO wins, Poirier is currently tied with Edson Barboza and Marvin Guillard for the top spot.

Another KO win would take Poirier’s tally to eight, one clear of both Guillard and Barboza, placing the Louisiana native at the top of the list.

Dustin Poirier will be brimming with confidence heading into the trilogy fight at UFC 264. The last time he faced McGregor, which was just six months prior, he shut out the Irishman’s lights.

Poirier took some of McGregor’s best shots in the first round but managed to survive. Hiis investment in calf kicks and right hooks paid off as he brutally knocked out McGregor in the second round.

According to ‘The Count’, Poirier is likely to win again because he has a bigger frame, can last longer, and has weapons in his arsenal that could seriously trouble McGregor.

“I’ve gotta interview Conor next week, I’ve got to be careful what I say. I picked against him before and all hell broke loose. But I’m still going to do it. I’m gonna stick to my guns. I think Dustin Poirier get’s it done,” Michael Bisping said.

However, Bisping also said that if McGregor is to win, he must get the job done inside the first round. The longer the fight goes, the more the balance of the bout shifts towards Dustin Poirier.

“I do think there’s going to be a lot of gamesmanship. They’re gonna come with a very strategic approach. Conor for sure. Who knows. Conor, with the fans actually… he’s probably going to go straight forward. Throw everything at him, with a massive attack in the first round. I think if Conor gets it done, there’s a very good chance it’ll be in the first round,” Michael Bisping said. 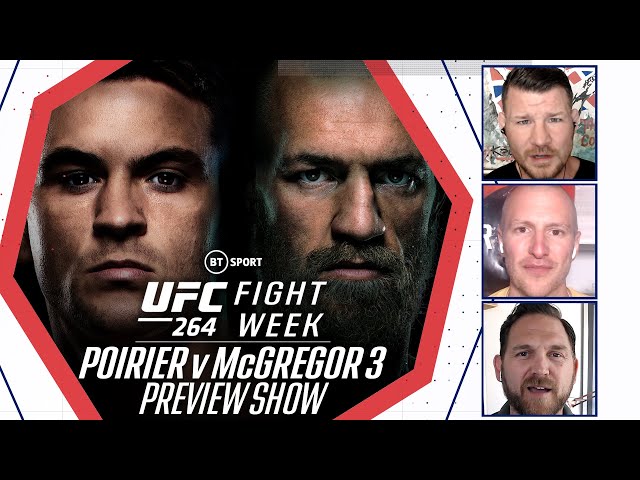