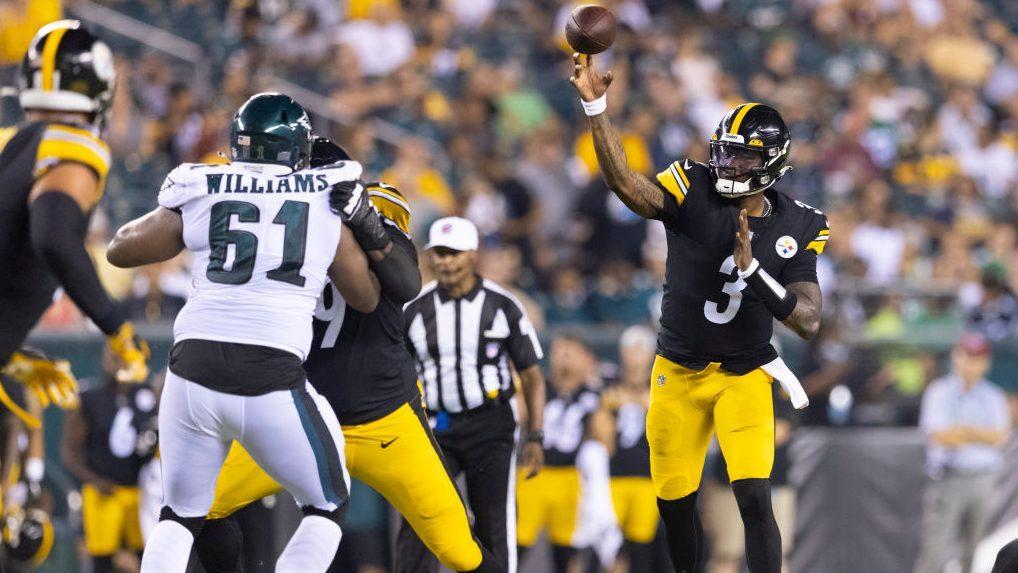 Haskins completed 16 of 22 passes for 161 yards and a touchdown as the second quarterback into the lineup for the Steelers against the Eagles. Mason Rudolph started the contest with Ben Roethlisberger being held out by the team.

“I thought he was in command tonight,” Steelers head coach Mike Tomlin said, via Joe Rutter of the Pittsburgh Tribune-Review. “He did a great job communicating with people, going through his progressions. There was a third-down play, third-and-8 maybe, and I saw him go through three or four reads and throw the ball over the middle of the field and converted for us. That was a snapshot of the night he had.”

Haskins, a former first-round pick of the Washington Football Team in 2019, is battling with Rudolph for the backup job to Roethlisberger. The performance against the Eagles comes after he a solid preseason debut last week in the Hall of Fame Game against the Dallas Cowboys. Haskins completed 8 of 13 passes for 54 yards in his first exhibition outing with the Steelers. Both drives he piloted ended with scores.

Haskins was composed against the Eagles and said a suggestion from quarterbacks coach Mike Sullivan to play like a “jazz player” paid off.

“Pretty much be smooth, and that is what I was trying to do,” Haskins said. “Be smooth, allow plays to come to me, trust what I saw and let my eyes and feet tell me where to go with the ball.”

If Haskins can grab hold of the backup job for 2021, it could end up blossoming into a larger opportunity down the road. With Roethlisberger 39 years old and nearing the end of his strong career, Haskins could position himself to get another opportunity as a full-time starter with the Steelers.

Continuing to play like he has throughout the last three weeks in practice and preseason games will go a long way toward giving him that chance in the future.