Edmen Shahbazyan has been spotted training with Khabib Nurmagomedov at the American Kickboxing Academy (AKA).

Shahbazyan can be seen alongside Khabib’s longtime training partner and close friend Islam Makhachev in the image.

Needless to say, these social media posts have set the MMA community abuzz with talk as to whether this could be a sign of Edmen Shahbazyan potentially changing gyms.

Certain sections of the MMA fanbase and experts believe that Shahbazyan – who has trained at the Glendale Fighting Club under Edmond Tarverdyan for many years – is now likely going to train at AKA.

Whether this means that he’ll split time between both gyms or solely train at AKA, remains to be seen.

Edmen Shahbazyan is widely regarded as one of the brightest prospects in the sport of MMA today. Shahbazyan was a training partner of Judo legend and MMA megastar Ronda Rousey in his younger years.

The American fighter of Armenian descent is just 23 years of age and holds a professional MMA record of 11 wins and 2 losses.

Shahbazyan was undefeated in his professional MMA career until last August. Shahbazyan’s first MMA defeat came via a third-round TKO against Derek Brunson at UFC Vegas 5.

The talented youngster’s next fight, also his most recent fight, was a unanimous decision loss against Jack Hermansson at UFC Vegas 27.

To say that Edmen Shahbazyan and Khabib Nurmagomedov are at extremely different stages in their respective MMA careers would be a severe understatement.

Shahbazyan is a young fighter who’s yet to reach the pinnacle of the sport, whereas Khabib has already been there and done that.

Nevertheless, the consensus in the MMA world is that Edmen Shahbazyan could possibly be one of Khabib’s newest students.

But ‘The Eagle’ has consistently asserted that he isn’t looking to become a full-time coach anytime soon. 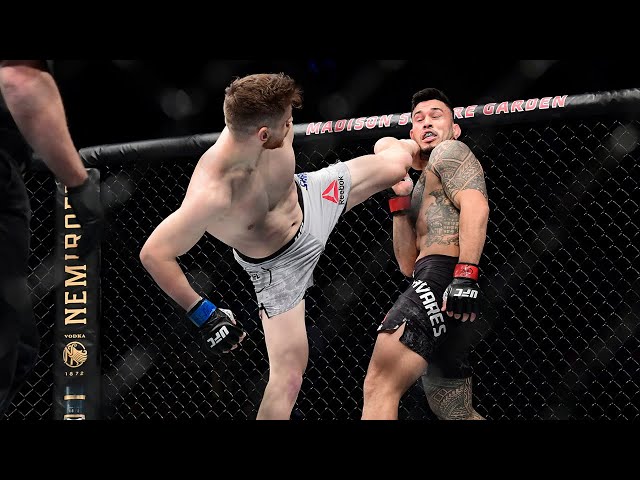 However, the fact remains that Khabib has been wholeheartedly helping out many of his AKA teammates, as well as his compatriots in Dagestan, prepare for their fights.

This, in turn, has earned him the moniker “Coach Khabib” after he retired and began helping out others training at the gym.

Khabib retired from the sport in October 2020 and he’s consistently maintained that he’s unlikely to compete as a professional MMA fighter ever again.

SL vs IND | This young Lankan side is keen to become world class, asserts Dasun Shanaka