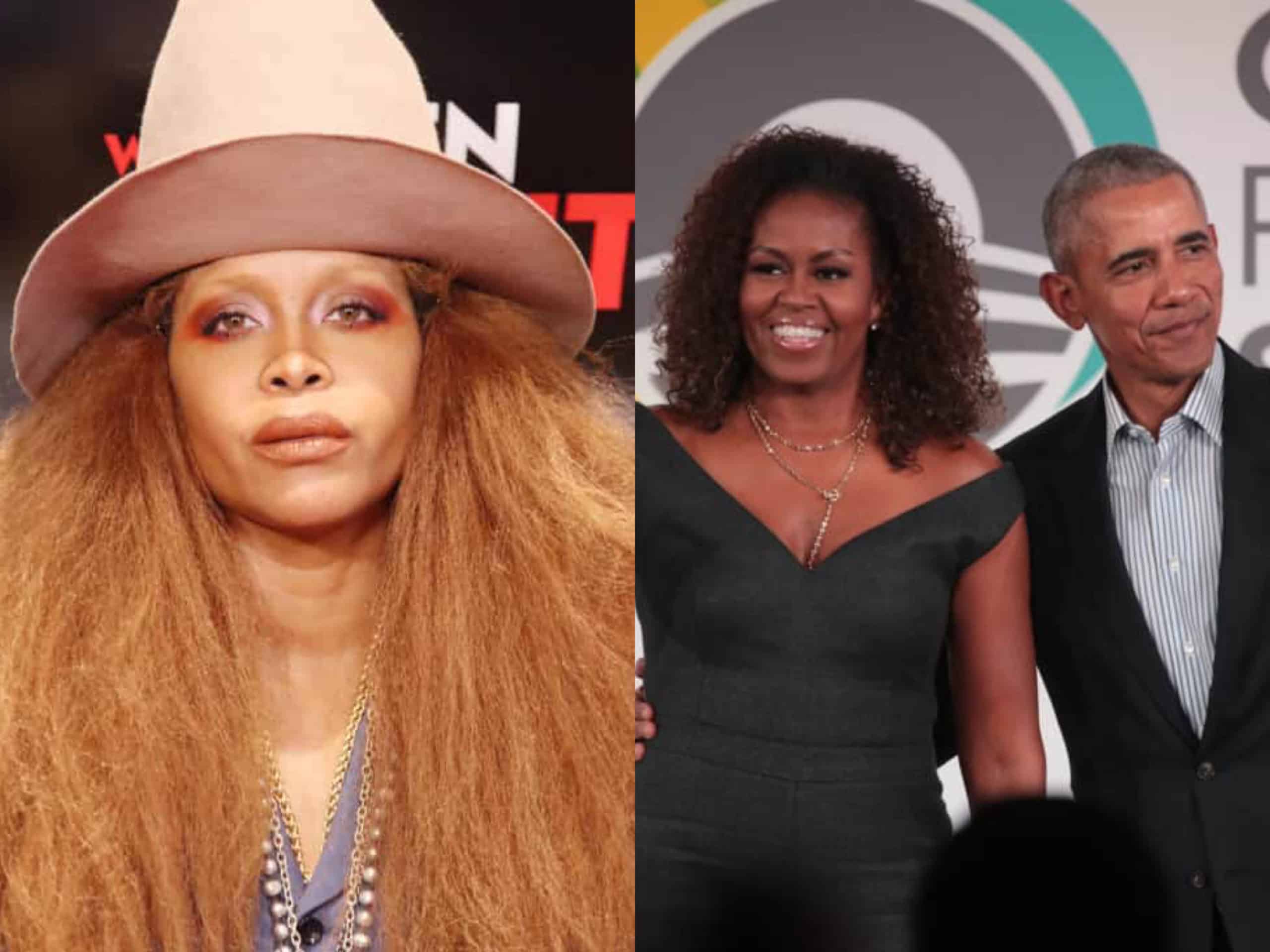 On Thursday, Erykah Badu took to social media to issue an apology to Barack and Michelle Obama after she was recently a guest at Brack’s 60th birthday celebration.

Erykah was in attendance as one of the performers for the special event and shared a moment from the party, where Barack could be seen embracing singer H.E.R., who was also a performer at the private event. Erykah would later delete the video from her social media page.

Erykah said on Twitter, “Mr. And Mrs. Obama, Please forgive me 4 being the ‘terrible guest’ at such a sacred event for your family. I was so inconsiderate, Thank you for all your love. What an example of ‘how NOT ‘ to be …… erica.”

Although she did not go into detail about exactly how she had been a “terrible guest,” many people have assumed that she was referring to the video she shared from the party. According to TMZ, much of the celebration, which was held in Martha’s Vinyard, was meant to be kept private.

However, when photos and videos of the event started to appear on social media, some people questioned the number of people that were in attendance, seeing as how we are still in a pandemic.