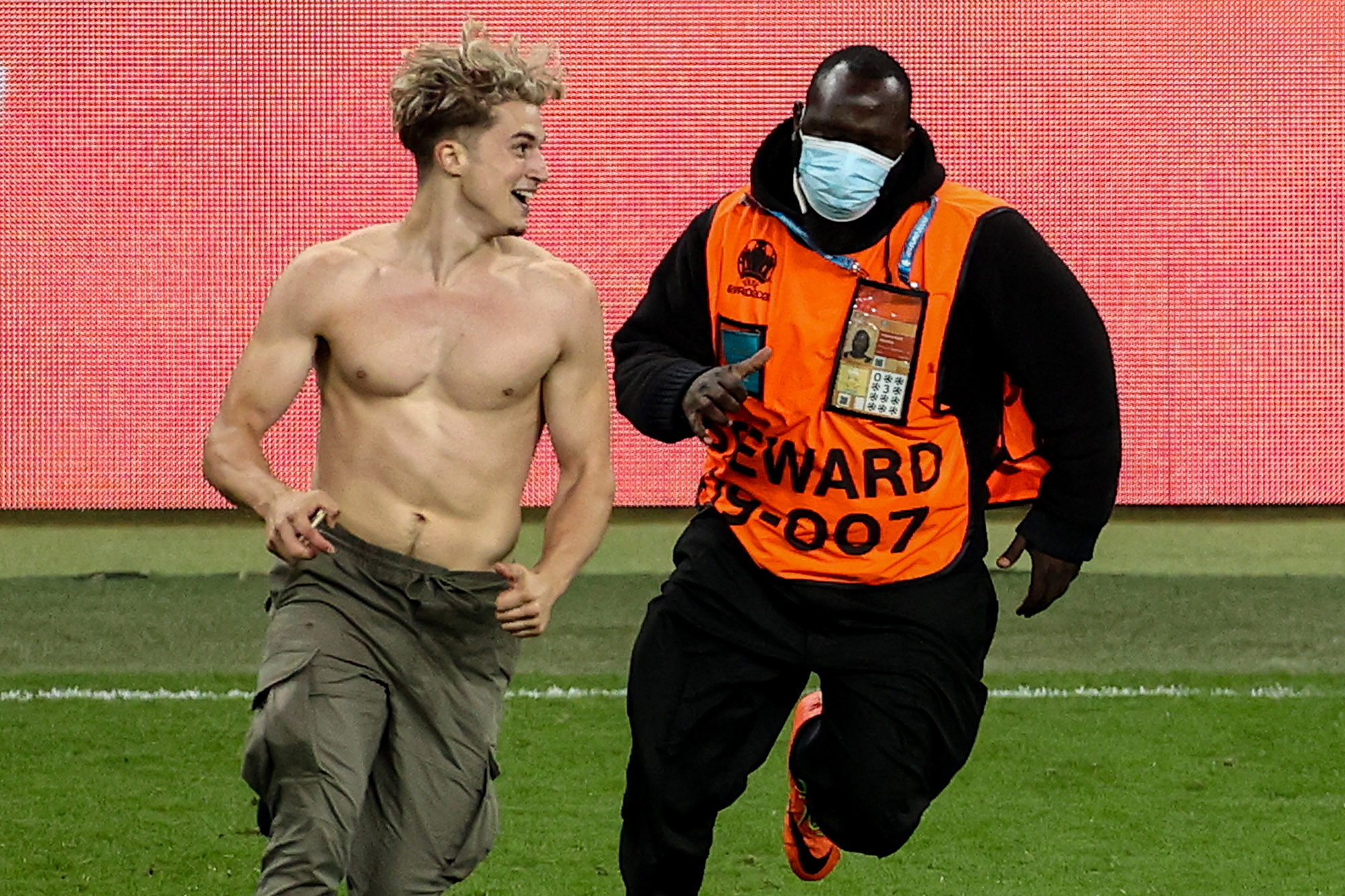 The streaker at the Euro 2020 final gave security a run for their money.

Adam Harison has been identified as the fan who went for a shirtless joy run around the field at Wembley Stadium during the second half of Italy’s stunning win over England on Sunday.

The England fan took off with his red shirt in his hand and ran a few NFL-style routes that gave security a hard time trying to catch him. Harison managed to escape a number of stewards before he was finally captured on the field.

Players from both teams stood and watched as the fan situation paused the game. Meanwhile, fans cheered Harison on, and later booed when he was caught.

It’s unclear if Harison’s bold sprint was escalated to authorities, though he seemed to be in good spirits after he was nabbed by security. He took to Instagram to share photos and spectator-captured videos of his run, and admitted he has no regrets about his actions.

“At the end of the day…. I love my country and I did this all for a good time. Nothing but love and respect for England tonight. BIG LOVE PEOPLE,” Harison captioned a photo and two news articles featuring his streaking moment.

Before his Euro 2020 fame, Harison garnered attention as a member of the boy band New Priority on BBC’s competition show, “Little Mix The Search.”

The singer-songwriter, who has over 44,000 followers on Instagram, along with his group, ended up losing to Since September.