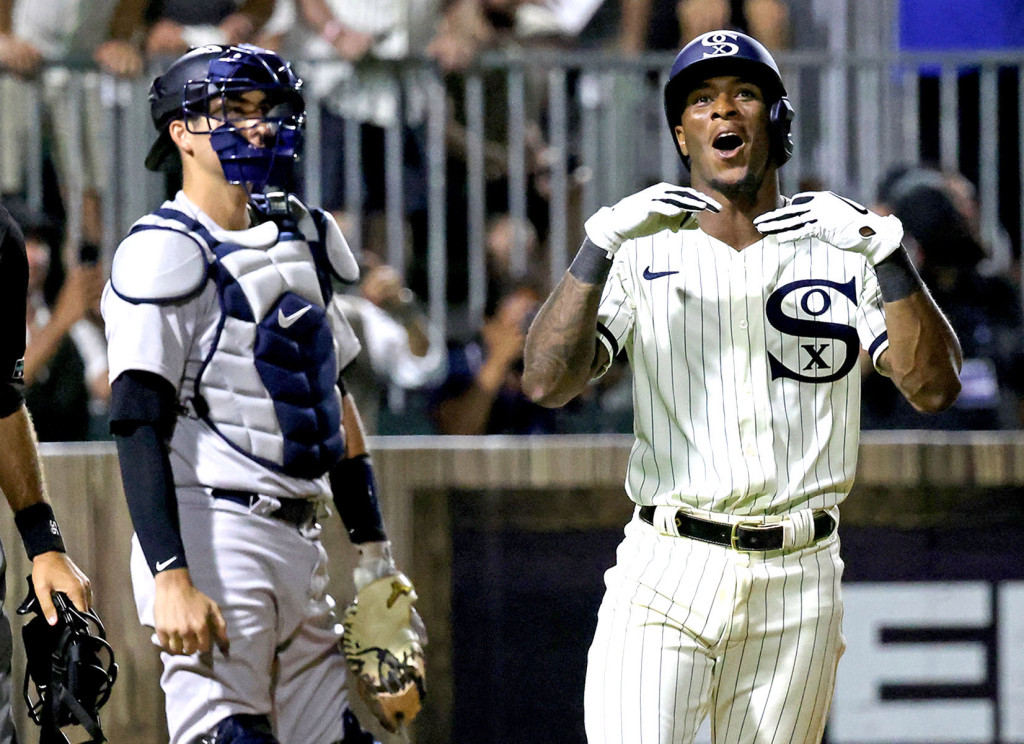 DYERSVILLE, Iowa — Well, the game matched the locale and the hype, no easy task.

Perhaps that’s why the Yankees looked far less forlorn late Thursday night than we’ve seen them at earlier junctures during this season that has veered between storybook and horror-tale for them.

In the moments after Tim Anderson’s two-run, ninth-inning, walk-off homer off Zack Britton neutralized a compelling comeback and handed the Yankees a 9-8 loss to the White Sox in the inaugural “Field of Dreams” game, the team that has turned the “gut-punch loss” into an art form allowed the gory details to melt into the overall enrapturing experience, much as you might attempt to sneak a pill into your puppy’s kibble.

“We’re here with business to do and these games are huge, so it’s tough to walk in here after a tough loss, after you look like you stole it back,” Aaron Boone said. “But that said, that was as special and breathtaking a setting for a baseball game that I can ever remember being a part of. … That’s probably a top moment that I’ll remember for the rest of my life.”

Perhaps it could rank even higher had Boone opted for Jonathan Loaisiga over Britton, who has struggled to the tune of a 6.32 ERA this season between injured-list stints. For sure, the Yankees must contemplate a closer switch while Aroldis Chapman heals on the injured list.

Yet look, if the Yankees have overcome some of their other brutal losses, many of them also fueled by questionable Boone bullpen tactics, who’s to say that they can’t move past this one, especially at a site defined by hope and redemption?

“This one doesn’t rank up with some of the ones we’ve had,” Boone said. “They were the last ones standing. We’ll move on from this one like we have all throughout, try and rest up on this off day, go back [to Chicago] Saturday and try to go grab another one.”

“It doesn’t rank up top,” Giancarlo Stanton agreed, “seeing how we came back.”

It was one hell of a comeback — a two-out, four-run fury against White Sox All-Star closer Liam Hendriks that featured two-run homers first by Aaron Judge (who finished the day with two blasts and five RBIs) then by Stanton, enthralling the crowd. Boone’s decisions aside, the White Sox’s final response certainly matched the setting.

“Kind of the ultimate high and the ultimate low,” Brett Gardner said. “Tough losses, obviously a long season and things happen, but where we are in the standings, we’re running out of time. We have to play better.”

Even Gardner, however, acknowledged that the night was “really special to be a part of.” You should’ve seen the White Sox and Yankees traveling squads as they stepped onto the ballpark for the first time. Unlike their movie counterparts, most of these guys were holding their cell phones, filming what they saw before them.

After both teams posed for photos in their old-timey uniforms — let’s acknowledge that Nike swoosh on front really took away from those — they all took a tour of the cornfield. They emerged having lost their sense of direction, with security folks there to guide them back into their clubhouses. And with two turned-around Yankees, who shall remain nameless for their own protection, walking right back into more corn before realizing the error of their ways.

Before he yielded the field to the players, the movie’s star Kevin Costner, serving as the pregame ceremony’s de facto emcee, tweaked some famous dialogue from the film, saying, “Is this heaven? Yes, it is.”

If that’s a stretch, rest assured that this will be a location that many folks, be they player or fan, will work very hard to get to see firsthand. It might even make a difficult loss easy to digest. Easier to forget? For that, we’ll have to wait for the next Yankees performance.