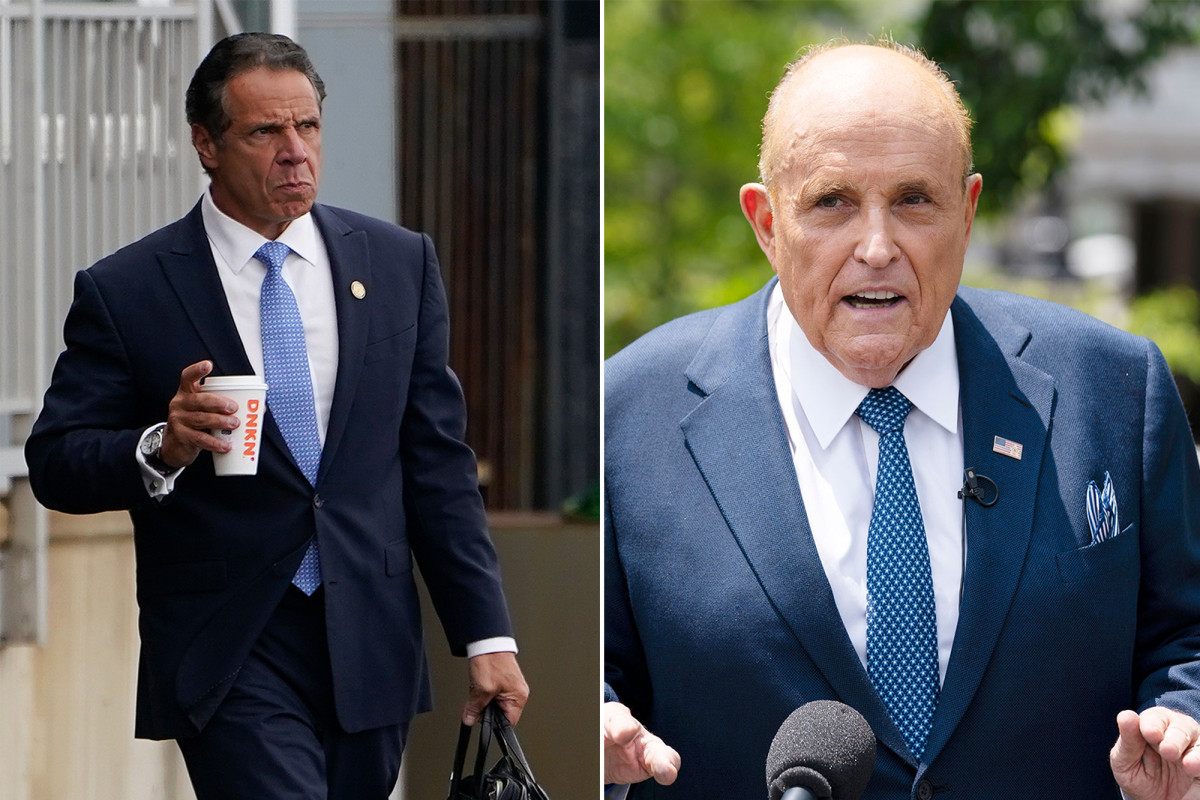 Former Mayor Rudy Giuliani says Gov. Andrew Cuomo will “resurrect himself in some way” because he’s “smarter and more talented” than other disgraced pols.

“Andrew will resurrect himself in some way. He’s a very, very tough guy, determined guy. He’s a fighter.

“He’ll find some way to resurrect himself.”

Giuliani also bashed Attorney General Letitia James’ independent probe of Cuomo’s alleged rampant sexual harassment, claiming James wanted him out of Albany so she could run for governor, in a Wednesday interview with WABC radio.

“What she did was so unethical. She should be disbarred for doing that,” President Trump’s former lawyer said on “The Other Side of Midnight” with Frank Morano.

“If I was Tish James I would immediately resign as attorney general… You can’t tell me this was not a set up for her to become governor,” Giuliani — who was recently disbarred himself for making false statements in connection with Trump’s false claims of voter fraud — told the station.

The two-term GOP mayor also said he was alarmed by the Justice Department’s decision to suspend its investigation into COVID-19 nursing home deaths allegedly caused by Cuomo’s controversial admission policy.

“The Democratic Party wanted to avoid at all costs — including fixing cases if they had to — investigating the nursing homes,” Giuliani reportedly said.

The interview came the same day Brooklyn Assemblywoman Latrice Walker, a member of the judiciary committee, threw cold water on continuing to pursue impeachment now that Cuomo has resigned.

“This inquiry, this impeachment process has already cost the people of the State of New York millions of dollars. How much is it we are willing to spend, expend,” the Democrat said on NY1’s “Inside City Hall.”

“Part of it could be about vengeance. But look, he’s already resigned. What’s the goal here?,” Walker said to host Erroll Louis.

If Cuomo is impeached, he would be unable to ever run for public office, something Giuliani claimed is not far-fetched.