Danish YouTuber Albert Dyrlund fell to his death while filming a video for his YouTube channel. The 22-year old was filming in the Italian Alps and fell over 650 feet on July 28. His mother confirmed the death to Danish news outlet TV2. His mother said-

“We are in great grief, but I would like his fans to know.”

The Ministry of Foreign Affairs in Denmark confirmed the YouTuber’s death to Ekstra Bladet, a Copenhagen newspaper as well. An Italian broadcaster reported that Dyrlund plummeted from Mount Seceda in Val Gardena. According to the broadcaster, a helicopter was called immediately but could not save the YouTuber, who was pronounced dead at the scene. He was flown to a nearby hospital but could not be saved.

Local media, which spoke to Dyrlund’s friends stated that he stumbled while filming a video, fell and died on the spot.

“Where is life just unfair, the sky has got a beautiful star – thank you for everything Albert, your cheerful and crazy boy. All my thoughts go to your family and friends, rest in peace. Remember each other, it may be over before you know it.”

“I will remember Albert for his insane ideas, his happy aura and his caring personality.”

Plejdrup ended her tribute by saying:

“Denmark has truly lost a huge personality and he will be missed by everyone.”

One of the biggest danish youtubers died in an accident today at the age of 22.

My thoughts and prayers go to the family of Albert Dyrlund!

Danish YouTuber Albert Dyrlund dead in Italy where he felt off a clift while he was recording a YouTube video.. rest in peace🙁 Only 22 years old..

rest in piece Albert Dyrlund. this is pretty surreal. he was only 22 years.
for internationals, he had been a danish youtuber since a young age and very known in Denmark.

Albert Dyrlund, one of the biggest youtubers in Denmark, fell down a cliff in Italy while filming a video and died.

May he Rest In Peace🕊 pic.twitter.com/5YT3x7Pos5

Who was Albert Dyrlund? All about the Danish YouTuber

The Danish YouTuber had over 232,000 followers on Instagram and had amassed 171,000 subscribers on YouTube. Albert Dyrlund starred in the movie Team Albert, which was released in 2018. The comedy movie was about trying to make a living off of YouTube. The movie went on to win him an audience prize at the 2019 Robert Awards for Danish films.

The content creator was also an aspiring musician. He had released several hit songs including “emoji,” “waffles,” “summer” and “Ulla.” 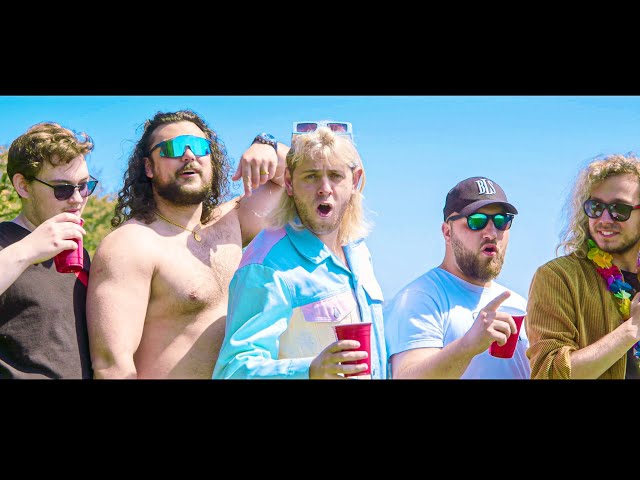 Albert Dyrlund had reportedly sparked controversy in the past few years after performing outlandish stunts like shaving his head and licking snails, but he still had ardent fans who followed him religiously.

Albert Dyrlund’s family now asks for privacy, as they mourn the loss of a loved one.