Atlanta-born rapper Lil Baby clapped back at Logan Paul after an Impaulsive podcast clip resurfaced where YouTuber Logan Paul was dissing the American Rapper. The 26-year-old Hip Hop singer has topped the Billboard charts endlessly and has also been nominated for three Grammy awards. 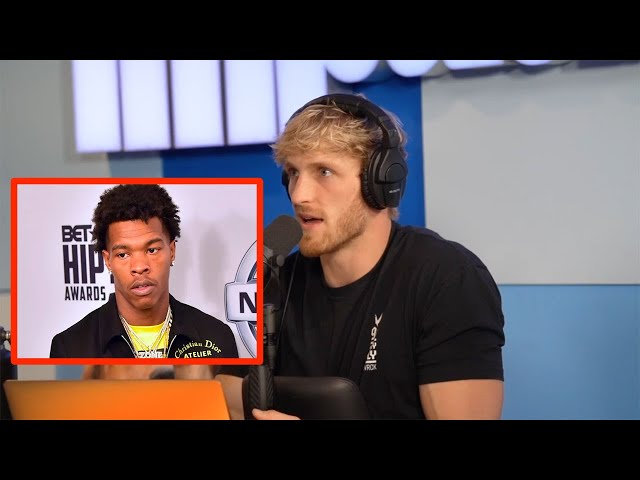 The Impaulsive episode released in March 2020 where Logan Paul said,

“Lil Baby, he’ll pop up on my Spotify… I’m scrolling through, and I can’t fu**ing get away from Lil Baby songs. I’m all for the new artists, but this one in particular I have no idea what he’s saying. I have none. And it all sounds the same, his tone is the same, it’s all the same. I give him a year.”

Logan Paul’s criticism was followed by Lil Baby’s album release My Turn in February 2020. The album debuted at No. 1 on the Billboard 200.

Logan made the comments while discussing music with his co-hosts, and the YouTuber also stated that music is “so saturated” now.

After the clip resurfaced and was circulated all over the internet, Lil Baby took to his Twitter account and fired at Logan Paul saying,

The rapper released his latest album, The Voice of the Heroes which was a collaboration with rapper Lil Durk. The album debuted at No. 1 on the same chart.

Logan was quick to retract his statement about the rapper and defended himself by tweeting,

I was wrong about Lil Baby

Logan Paul landed himself in hot waters last month, where he suggested he could fight boxing legend Mike Tyson. In the Impaulsive podcast, the boxer was speaking about his potential opponent, he said,

“Someone mentioned Mike Tyson. My lawyer mentioned it and he’s like, ‘Nah, Tyson will rip your head off, you don’t stand a chance.’ Mike Tyson is like old, old.”

The boxing legend had previously stated that he was not interested in fighting against either of the Paul brothers.

Netizens took to Twitter to attack Logan Paul, saying that the YouTuber was missing out on the poignant narration in Lil Baby’s song. The Internet also demanded a boxing match between Lil Baby and Logan Paul.

a logan paul / lil baby beef? the writers in the sky just getting lazy now

u r the goat but u were dead wrong

Thanks for acknowledging your wrong😌

let’s get him on the show

Lil Baby as a guest on the Impaulsive podcast could break the internet, but neither of the podcast hosts have confirmed that this episode is happening.