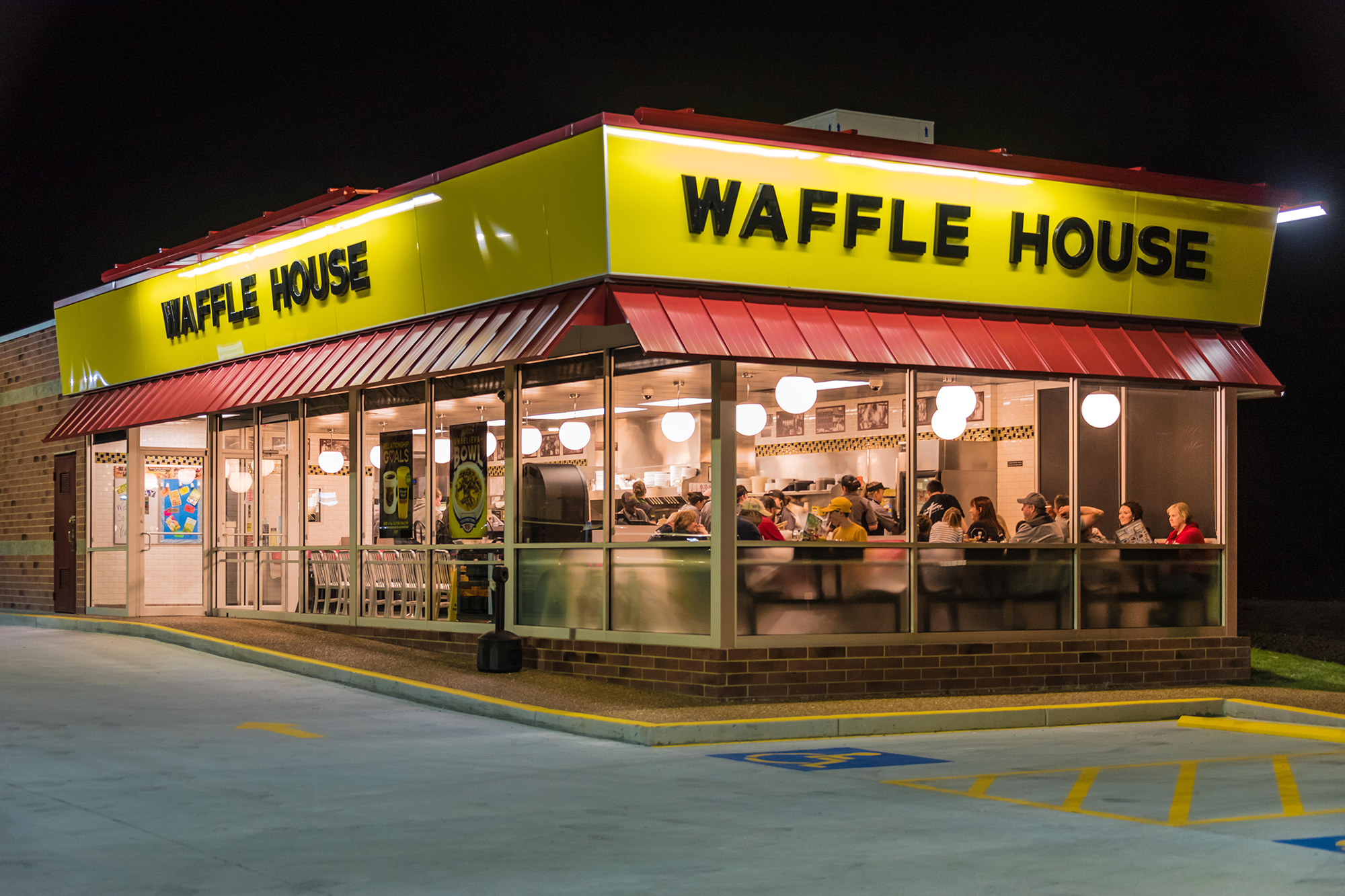 The final score: 9 syrup-drenched waffles, 15 hours — and one bona fide viral sensation with a bellyache.

“Full of waffles but devoid of life,” Lee Sanderlin lamented on Twitter Friday morning after spending his day scarfing down the signature dish at his local Waffle House.

Why? A 24-hour eating marathon was his official punishment for coming in dead last in his fantasy football league.

The reporter for the Clarion Ledger in Jackson, Mississippi launched his temporary — albeit tummy-punishing — residency early Thursday evening, starting off with two tasty waffles. For each additional waffle eaten, an hour was shaved off his “24-hour sentence” inside the infamous Southern-Midwest restaurant chain.

In true modern journalistic fashion, Sanderlin live-tweeted his waffle eating journey — inspiring the social media masses to root for his eventual success, and accumulating hundreds of thousands of retweets, comments and “likes” in the process.

Despite puking his guts out and rallying halfway through the challenge, Sanderlin did, in fact, manage to down nine waffles to make his overall stay last only 15 hours instead of the intended 24.

“This was horrible and I recommend no one ever do this,” he admitted as he signed off Friday morning.

However, Sanderlin was not the first person to pull an all-nighter in the Southern staple. Another intrepid reporter in Arkansas participated in the same challenge as a losing punishment in his own fantasy football league just last year.

Meanwhile, after his day-long stay at the same Waffle House and the unimaginable amount of syrup vessels consumed, the latest participant in this challenge vows: “I’m never eating waffles again.”

After thanking the staff for “letting me hang out on a slow night,” Sanderlin stressed that “I tipped them well [so] don’t worry.”