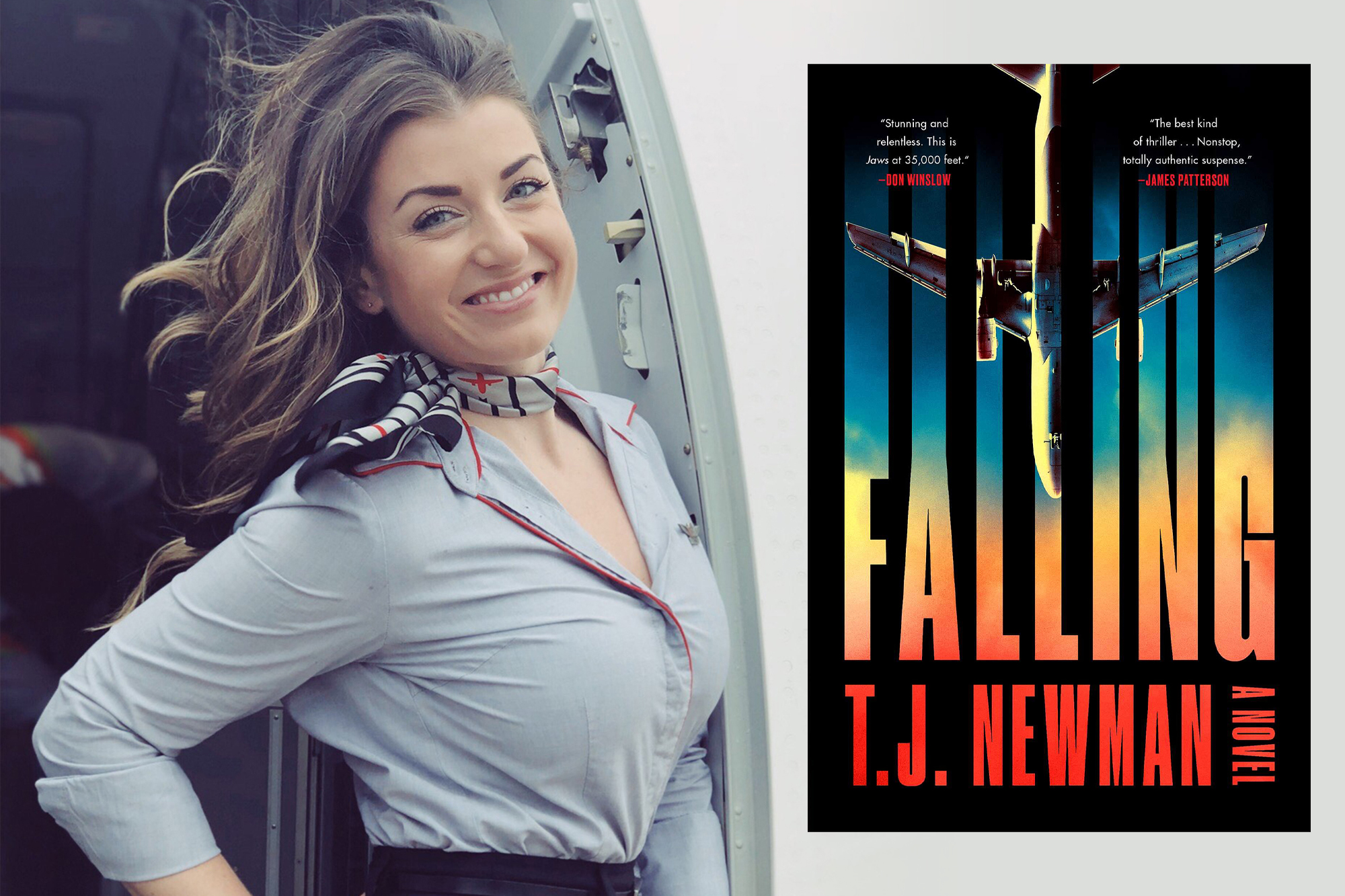 TJ Newman was a flight attendant with Virgin America working her usual Los Angeles-to-NYC redeye flight when the idea for her novel came to her. Looking out at the sleeping passengers in the cold, dimly lit cabin, she thought about how everyone’s lives were in the hands of the pilots. “It was the first time the flip side occurred to me — how vulnerable does that make the pilots? I couldn’t stop thinking about it,” says Newman. “One day I asked the captain, ‘What would you do if your family was kidnapped, and you were told they would die if you didn’t crash the plane?’ The look on his face was pure terror, and he had no answer for me. And I knew I had a book.”

That terrifying premise became “Falling” (Simon & Schuster), out July 6, a fast-paced thriller that has been dubbed “Jaws at 35,000 feet” by action-master author Don Winslow.

Newman wrote much of the book while still working as a flight attendant; after the passengers were strapped in, she’d be feverishly typing away. “I can’t tell you how many great plot points were interrupted by a person coming around a corner to ask for a ginger ale,” she says with a laugh.

She took a voluntary furlough from the airline in 2020, when she left to work on the edits to the manuscript.

In the novel, the flight attendants are the heroes: They’re the ones doing whatever they can to keep the plane in the air and the passengers safe against all odds. She notes that while many people dismiss flight attendants as hospitality staff, most of the real work is unseen.

“If the only thing you see me do is beverage service, that’s great,” says Newman. “But our job is safety and security and to act as medical first responders.”

Another one of the great unsung skills of being a flight attendant? The golden art of de-escalation, including dealing with a drunk passenger.