The Lakers defeated the Golden State Warriors to book the 7th seed in the NBA standings. As the 7th seed, they will take on the Phoenix Suns who finished as the number two seed. A Lakers vs Suns playoffs matchup is a good one, not just because the teams have played good basketball this season but also because of the shared history.

Phoenix Suns fans will universally tell you that the Lakers cost them a championship or two. The two franchises have clashed several times in the playoffs and some of those series have been iconic.

The franchises do not like each other which makes this matchup a polarizing one.

The Lakers, as the title defenders, should be favoured to win it all again, but as a 7th seed, they will have to do it the hard way. The first obstacle is a very interesting Phoenix Suns team that they should defeat.

But several key things need to happen for the Lakers to move on. Let’s break them down.

The first key for the Lakers will be to stay healthy. The reason they ended up being the 7th seed and needing to participate in the play-in tournament to confirm that seed was key players missing time. 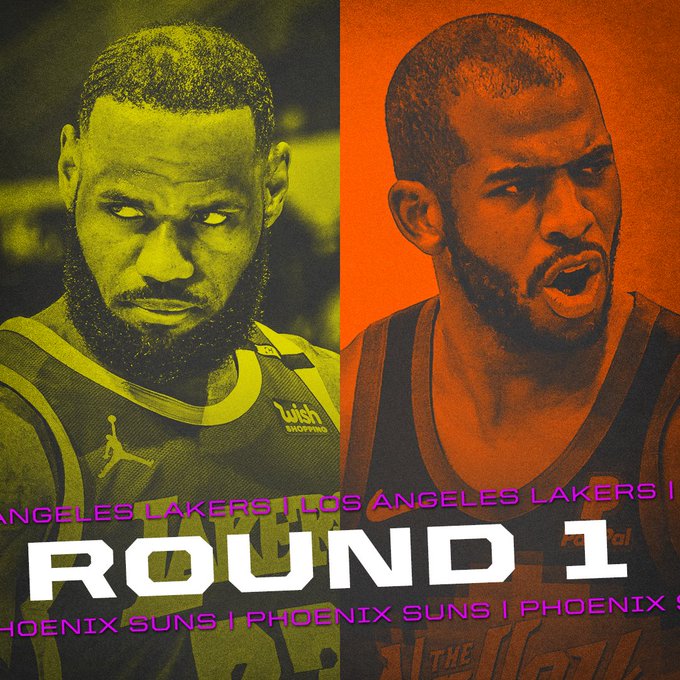 Anthony Davis missed significant time as did LeBron James. Dennis Schroder was out with COVID and with three of your most important players missing significant time you are going to have issues.

The Lakers ended up dropping quite a few games which dropped them down in the standings. Reports suggest that the team is now finally fully healthy but a slow start against the Warriors cast some doubt onto it.

While they may be healthy it’s questionable whether they are 100% and they will need to be if they want to overcome the Suns.

The teams played three times during the regular season and Phoenix won the series 2-1.

LeBron on his ankle: “It was a tweak. I stepped on (Nickeil Alexander-Walker’s) foot after that last layup … but I’ll be fine.”

The final game of the season between the two franchises was won by the Lakers quite easily. Anthony Davis was sensational, scoring 42 points in that game and it was evident the Suns don’t really have a player that can efficiently guard Davis.

The Suns were coming off a rough stretch in that one and looked quite tired but still, it was the only game they faced Davis and they could not handle him at all.

And in the Lakers Suns playoff matchup, Anthony Davis is the key player. He is much more important than LeBron and if he can perform the way he can or the way he did in the Bubble, the Lakers will have a matchup advantage which they can exploit over and over again. The Suns generally lack size in the paint with only Deandre Ayton a true center which will mean trouble if he gets into foul trouble. If the Lakers can attack Phoenix in the paint and stuff Ayton with fouls the Suns will be forced to play either Dario Saric or Frank Kaminsky at the 5 and neither of those options can compete with Davis or Andre Drummond or Marc Gasol for that matter.

Like we said above, the Suns have a serious size issue in the paint. Their only center is Ayton with backup minutes mostly going to Saric and Kaminsky.

Considering the Lakers have three big bodies in the paint in Davis, Gasol and Drummond, it’s quite clear they have a size advantage. Starting a lineup of Davis at the 4 and Drummond at the 5 is an enticing idea that coach Vogel experimented with in the final game between the two teams. The Lakers easily defeated the Suns in that match and had a clear advantage on the boards (41-32), proving it an effective tactic for this playoff matchup.

What could be especially effective is stuffing the paint where the Lakers players can use their physicality (James, Montrezl Harrell) to attack the Suns defender forcing them to commit fouls.

Besides Ayton, the Suns don’t really have a big body to absorb contact and neither Saric nor Kaminsky can successfully check Gasol, Drummond or Davis.

With two teams that rank in the top 10 defensively, it’s quite possible to expect close games with not a lot of points scored.

The Suns have a better offence (statistically), so the Lakers will need to play good defence to not allow the Suns to rack up the points.

What will be crucial for the Lakers will be stopping Devin Booker and Chris Paul as the Suns lack players who can create their own shot outside of the duo.

Ayton is not aggressive enough and does not possess the skill to create his own shot while the ability to do so of Jae Crowder and Mikal Bridges is limited. Most of their players, including sharpshooter Cam Johnson, work best with spot-up shots.

Battle of the benches

Both of these teams have benches that are considered deep. Both teams have three or four players capable of coming off the bench and contributing both offensively and defensively and with the possibility of this series going the distance with several close matches, every single possession and point will matter.

Alex Caruso has been the savior for the Lakers tonight.

The starters should not play heavy minutes especially for the Lakers whose players are still working their way into peak condition.

LeBron James still seems bothered by his ankle so rest time for him will be crucial. Anthony Davis is not an ironman either so for him it will be key to rest as well. In such a case they will need their bench players to contribute on the scoring end.

Players such as Kyle Kuzma, Talen Horton-Tucker, Alex Caruso and Harrell will be key. With the Suns having a deep bench of their own it will be interesting to see how the benches duel it out.

In a close game, good bench play can easily swing a game into a team’s favour.

For the Lakers, this is a tough first-round matchup and one they need to win. Out of all the teams that have earned a playoff spot, the Suns are the youngest and most inexperienced team of them all.

It won’t be easy but this might have been the best possible outcome for the Lakers when you consider how they match up and the experience factor.

The Lakers vs Suns playoff series could go the distance but anything other than a Lakers win would be a huge surprise.