Since the outset of alpha testing in August 2017, followed by its official release the same year, Free Fire has undergone many changes. Over the years, Garena has incorporated countless improvements and features that form the game today.

Free Fire stands among the most successful mobile battle royale titles in all aspects, including revenue and downloads. It was the second most downloaded mobile game in the first half of 2021, with over 101 million installations.

With August about to begin, Free Fire players eagerly await details of the anniversary celebrations, as held this month over the last three years.

The peak days of the last three anniversaries were observed in August, which created a buzz in the Free Fire community. While the first anniversary was on August 11th, 2018, the second and third were on August 25th, 2019, and August 23rd, 2021. 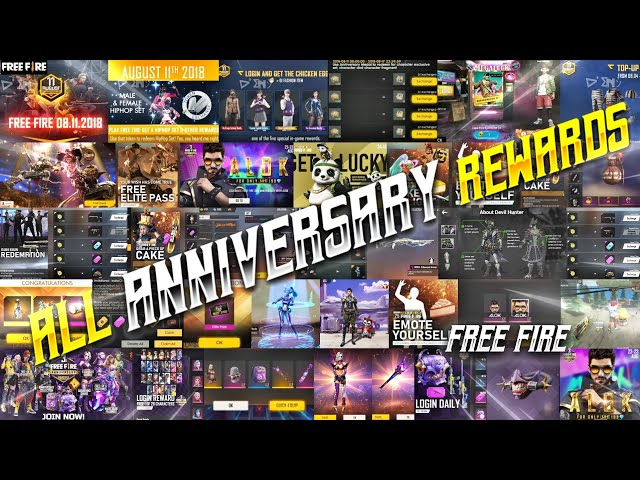 Following this pattern, popular conjecture in the Free Fire community suggests that Free Fire’s fourth-anniversary festivities may begin as early as August 11th. Additionally, with the OB29 update just a few days away (August 4th or 5th), it is speculated that the celebrations may start after the patch.

The anniversary activities will result in a slew of new events that will keep gamers interested and reward them with many freebies.

Garena offered players the opportunity to get a permanent character for free during the game’s previous two anniversaries celebrations. Additionally, they received a free outfit, magic cube fragments, and more on the third anniversary. As with past anniversaries, users can expect a grand scale of events and rewards. 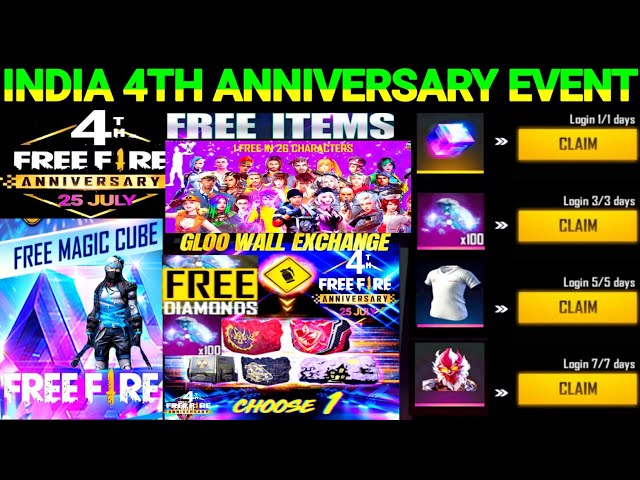 On the web, there are numerous leaks and speculations about the events and expected prizes. Nevertheless, these must be taken with a grain of salt because the developers have not released any additional anniversary details.

No official date or event has been announced by them yet. With the month almost coming to an end, the community expects further revelations regarding the anniversary, including the event calendar, soon.

All that fans can do now is wait for the official announcement.