There are so many different creatures in Animal Crossing. Not counting villagers, though they are creatures too, there are countless fish, sea creatures, bugs and other critters roaming the islands of New Horizons.

Some of them are rare and difficult to find. These can often be the most rewarding, though, because they will often fetch a high price in bells. Having bells is essential to the game, and what better way of making them than to explore the island and find new creatures?

One of those creatures is the giant isopod. These can be found in Animal Crossing and can go for a lot of bells, so they are a good one to look out for. Here’s the complete guide to the giant isopod in New Horizons. 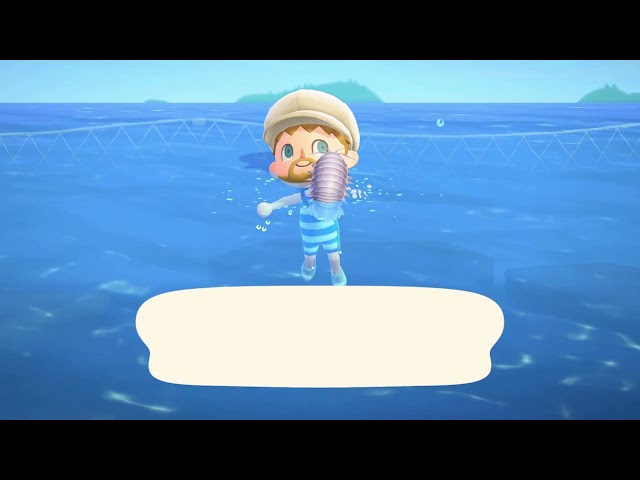 “Growing up to nearly 20 inches, the sea-dwelling giant isopod is the world’s largest cousin of the pill bug. Twenty inches?! Twenty times as revolting, I say! Making matters worse for those of us who find the pill bug repulsive rather than “cute”… The giant isopod can swim shockingly fast and is known for its voracious appetite. In fact, it’s most happy when dining on the carcasses of animals that have sunk to the bottom of the sea! This behavior has earned it a nickname… ‘the vacuum cleaner of the deep.’ Why must nature play such awful pranks on me?”

It’s safe to say Blathers isn’t quite a fan of the giant creature. If players opt not to donate, or have found more than one, selling them is a fantastic option. The giant isopod sells for a whopping 12,000 bells, up from 9,000 in New Leaf. Known affectionately as the crustodian of the sea, the giant isopod is a fantastic find for Animal Crossing players.

To find one, there are a few things that have to be done. It is found at the bottom of the ocean only, so diving is the only way to catch one. It can’t be fished and it won’t wash ashore on the island. Swimming requires the purchase of a swimsuit first, but after that, players can proceed to diving and catching this massive sea creature. There is a specific time when they will spawn, but it’s a pretty wide range.

Is the giant isopod the best creature in Animal Crossing?

How to dry kelp in Minecraft