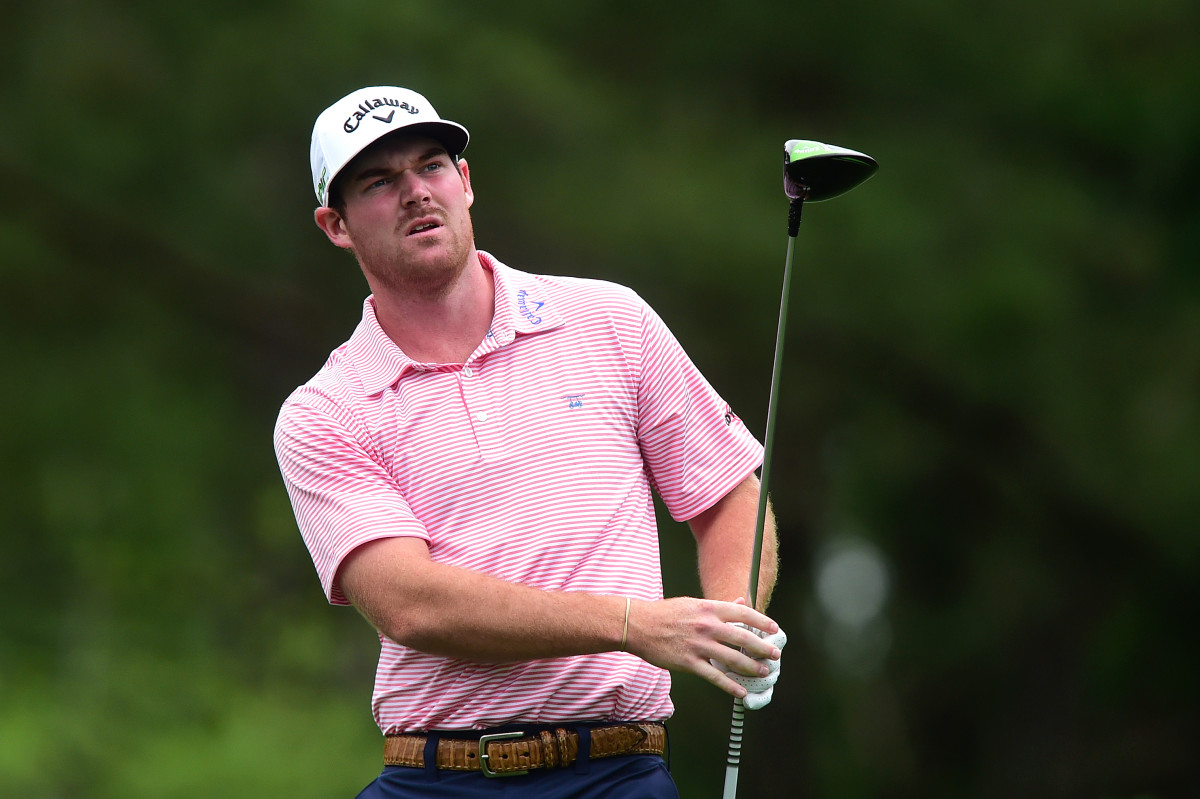 Three weeks after coming forward about his struggles with alcoholism, golfer Grayson Murray announced on Twitter Sunday that he has been in treatment for 12 days.

“I still have a long ways to go and have made a promise to myself that i wouldn’t leave until i was 100% ready for the real world again,” he wrote.

Murray announced on July 23 that the PGA Tour lifestyle led him to excessive drinking. The 27-year-old discussed how he was on probation with The Tour after getting drunk in a hotel bar in Hawaii despite causing “no scene whatsoever.” Murray added that he was fined $20,000 by the PGA Tour but “the joke’s on them” because he could not pay the fines.

“Why was I drunk? Because I’m a f—ing alcoholic that hates everything to do with the PGA Tour life and that’s my scapegoat,” he wrote. “I’ve honestly gotten a lot better since then. Actually a lot better.”

In addition, Murray discussed his disappointment with the PGA Tour because they did not help him with his alcoholism.

“The PGA Tour didn’t force me to drink,” Murray wrote, “but the PGA Tour never gave me help. In my 5 years of experience of being on tour not once have I ever had a request been acknowledged by the commissioner or the PAC [player advisory council] other than ‘we will get back to you.’ I hope not only the PGA Tour steps up in the areas they need to step up but I also hope people are held accountable in their roles they serve.”

In a statement to Golfweek, The Tour responded to Murray’s allegations and said they have given and will continue to give him the help he needs.

“We can unequivocally say that the PGA Tour is a family, and when a member of that family needs help, we are there for him. That has been the case here and will continue to be,” the PGA Tour said.

Golf legend Phil Mickelson sent a tweet of support to Murray, emphasizing that the PGA Tour was not the supportive environment it had claimed to be.

“I’m sorry playing the Tour has been so overwhelming and if I can help in any way I’d be happy to,” Mickelson said. “It’s not an easy life for sure, and even winning every year can bring about other challenges. FYI ‘we will get back to you’ is the only response I’ve ever gotten too.”

Murray has four professional wins, including the 2017 Barbasol Championship. In the 2020-21 season, he competed in 22 events but only made six cuts. In July, he played in the 3M Open but withdrew during the second round after making a double bogey on his first hole.

In the six years since he turned pro, Murray’s ranking has dropped from a career-high No. 85 in the world to No. 499.

Murray is known for his social media antics, including hitting on a high schooler, making fun of veteran golfers and asking a Playboy model to caddie for him.