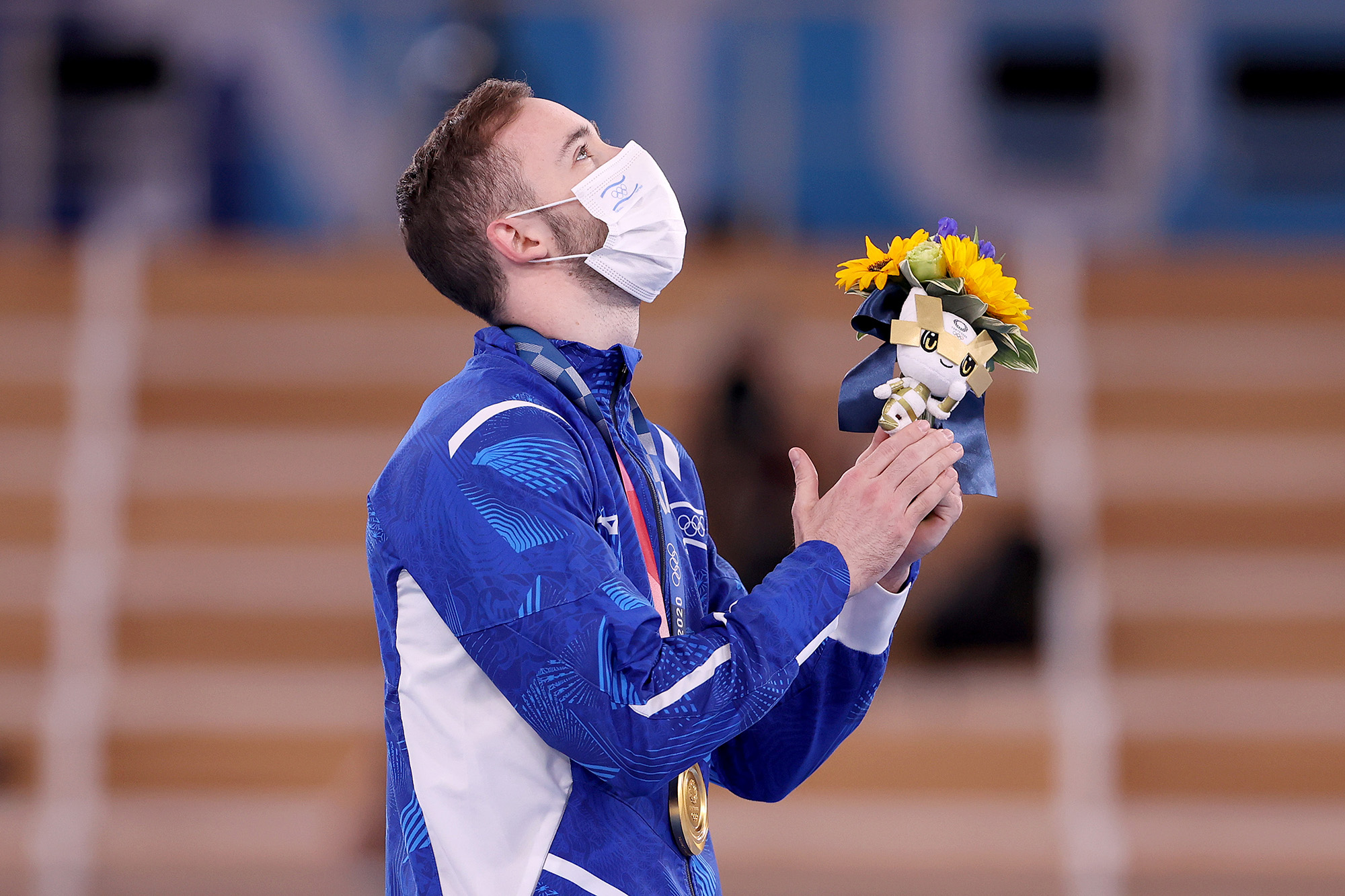 Artem Dolgopyat and the country he represents will never forget this day.

He became just the second Israeli athlete to ever win an Olympic gold medal, and the first to medal in gymnastics after finishing first in the men’s floor exercise in the Tokyo Games on Sunday.

“I don’t really have the words, I am still in heaven,” he said afterwards. “I want to say thank you to everyone, I love everyone.”

Dolgopyat edged Rayderley Zapata of Spain. They both actually had the same score of 14.933, but Dolgopyat had 0.100 more in terms of difficulty, and as a result won the gold.

“My floor exercise was not the best; in the qualifiers I did better,” he said. “I was very stressed that it would not even be enough for a medal, but everyone was excited and made mistakes and that was enough for me and I am very happy.”

His victory was part of a big day for Israel. The baseball team won an Olympic game for the first time, defeating Mexico, 12-5. Israel will face South Korea on Tuesday with a chance to advance to the semifinals against the United States or Japan. This was also the first team Olympic victory for Israel since 1968.