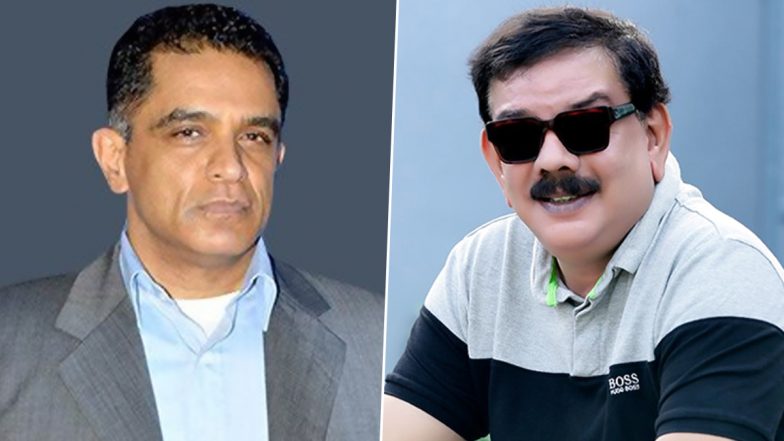 The successful comedy franchise, Hera Pheri, has been the talk of the town for quite some time. While the first two parts of the film were a huge success, the possibility of Hera Phera 3 happening is looking very bleak right now. Amidst all these speculations and rumours about the threequel, Priyadarshan has grabbed everyone’s attention for other reasons. As we all know, the director who worked on Hera Pheri, did not return for Hera Pheri 2. The film was directed by late Neeraj Vora instead. Hera Pheri 3: Priyadarshan to Return to Direct Akshay Kumar, Suniel Shetty and Paresh Rawal for the Threequel?

Priyadarshan has been sharing his bit as to why he did not return for the sequel and talking all sorts of things about the crew of the film. Seeing how the director has been talking about stepping down from the film and saying that it did not deserve a sequel, the producer of the film, Firoz Nadiadwala, decided to narrate the actual truth.

Talking to Mid-Day, Nadiadwala revealed, “I kept mum all these years out of respect for Priyadarshan, and because the film became a blockbuster. But he has left no opportunity to run down my father and me. How can he talk about turning down our offer to direct the second and upcoming third part, when he did not even complete the first film?” Nadiadwala added that the iconic trio of Raju, Ghanshyam, and Baburao were not a result of Priyadarshan’s vision but a completely different vision from what he had in mind.

He went on to add, “He gave me a film with a runtime of three hours and 40 minutes. His version was full of depressing scenes; a lot of the humorous dialogues were deleted. He was absent during the background music recording and dubbing.” Nadiadwala claimed that the actual work on the script of the comedy caper began after the director’s “disappearance”.  He added that Priyadarshan’s version was not even a comedy, but the story of an economically challenged family. He went on to give credit to Vora for turning the film around.

“He added a lot of punchlines. We deleted the sad scenes. We did a lot of improvisations during the dubbing and editing to make it what the audience knows it by today,” said Nadiadwala. He revealed to Mid-day that post Priyadarshan’s exit, the movie was compressed to a sharp 130-minute runtime, and two songs titled “Jab bhi koi haseena” and “Tun tunak tun”  were also added later. Hera Pheri Funny Memes and Jokes: From Babu Bhaiya to Samsoong Ka Number, Hilarious Posts Featuring Akshay Kumar, Suniel Shetty and Paresh Rawal To Share as Their Epic Comedy Movie Turns 21!

“At no point had Priyadarshan told us that he had sold the rights to another filmmaker,” said Nadiadwala as he talked about the director sold the right of the film to another filmmaker from Punjab. The filmmaker claimed that he owned the Hindi remake rights of the Malayalam film, Ramji Rao Speaking (1989), on which Hera Pheri was based, after the makers announced its release date. The matter was settled after the producer flew to Chandigarh to resolve it.

Nadiadwala’s sister, Noorie, also held a screening of the movie for Priyadarshan and his family in Chennai without knowing what had happened in the past. “He did not tell her how he abandoned the project midway. This was the first time he watched the final cut, which was completely different from what he had given. The film, which the audiences saw, was the director’s cut in the sense that the director was cut from the final version,” he added saying that Priyadarshan also tried to “convince the actors to say no” to the sequel.

Priyadarshan was recently also asked if he is directing the third part of the film. He didn’t deny the news, nor did he confirm it. He said, “I am currently busy with my Malayalam film, Marakkar: The Lion of Arabian Sea. It is a huge film and I will only think about Hera Pheri after this one is out of my system. Nothing is concrete as yet.” Now, with this revelation by Firoz, we wonder what will happen next.

(The above story first appeared on Stock Market Pioneer on Aug 13, 2021 01:04 PM IST. For more news and updates on politics, world, sports, entertainment and lifestyle, log on to our website stockmarketpioneer.com).