Atop the American League West, the Houston Astros are reminding the rest of MLB how good they are.

This is a team that has been at the center of controversy. It’s a roster without Justin Verlander, without Jake Odorizzi, and who lost George Springer in the offseason.

Houston struggled in the first part of the shortened 2020 season. A 7-10 beginning to 2021 had fair questions asked about their status as contenders. Since then, though, they have gone 19-8 to cruise past the Oakland Athletics in the American League West standings. 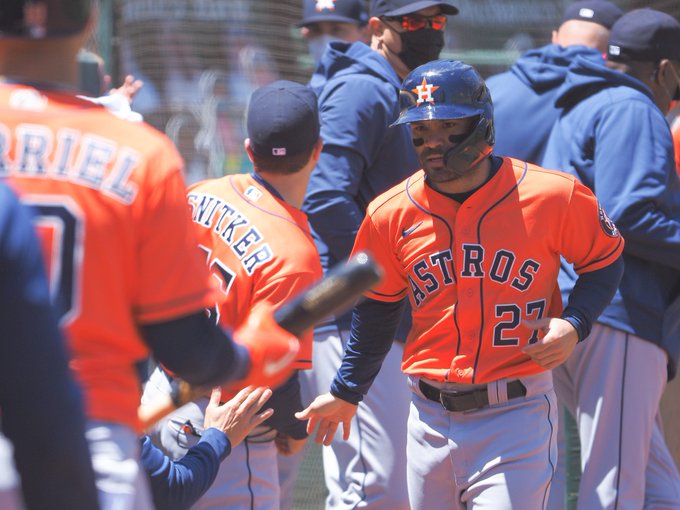 Only the White Sox have a better run differential than the Astros. They have surged up the power rankings, serving as a reminder of the talent on this roster. Zack Greinke and Lance McCullers are getting it done on the mound. An offense built around Yuli Gurriel, Jose Altuve, Carlos Correa, Yordan Alvarez, Alex Bregman and Michael Brantley is bound to dangerous.

Houston is second to Boston in team OPS. They have eight players who have already surpassed one bWAR for the season. The bullpen has been a weakness to date with a 4.10 ERA, but Ryan Pressly remains one of the best relief pitchers in the sport.

This team perhaps isn’t as deep as previous iterations, and not having Verlander will be a real blow in the playoffs, but the talent level is still incredibly high. Kyle Tucker, Cristian Javier and Luis Garcia have proven to be more than serviceable Major League players.

The Astros continue to evade positive headlines. There’s a reluctance to praise an organization which was embroiled in one of baseball’s biggest scandals. Viral posts of players getting booed and people taking increasingly unfunny signs to games is most of what we hear about these ‘Stros.

How competitive are the Astros?

The 2021 Astros are more than a figure of mockery. The anger towards them is understandable, if tiresome. They aren’t going to be the neutral’s favorite any time soon, and that’s okay.

MLB fans around the world should be able to appreciate what they are doing this season, though. This is a gifted team, and a team which could well be the favorites to come out of the American League in a couple of months.

Astros trade rumors are inevitable as the trade deadline nears. They have dealt much of their prospect depth but picking up a bullpen arm or two could really help their cause. Maybe they take a swing on an upside starter to give some more depth to a rotation which is reliant on inexperienced arms right now.

Picking up a center fielder is the dream. Getting Springer-level production from the position in 2021 was never feasible but getting another league-average bat would be a major boost.

These Astros are a better team than many gave them credit for before the season. Talking them down is an inevitability after the sign stealing scandal, and the roster is weaker than it has been on previous deep postseason runs, yet this is still a team that can be a threat to the Yankees and White Sox.

Houston is just getting started. They are one of the best teams to watch in baseball right now.