Starting the season at a tortoise pace, it’s no surprise to see LA Angels trade rumors ramping up already. The Angels are in a win-now window. The results, yet again, are far short of expectations.

This is once again a roster of top-end talent without the necessary depth to build a playoff push. The pitching is subpar, which has become almost a trademark of the organization in recent years.

Mike Trout and Shohei Ohtani are the betting leaders for AL MVP. Even with the sport’s two most talented players on their roster, Los Angeles is six games back in the American League West standings.

Only two players have more fWAR than Trout for the season. Ohtani’s 2.8 combined fWAR is good for 18th in the Majors. Los Angeles has the frontrunners for AL MVP, yet they are 29th in run differential. Their team ERA is the worst in MLB.

Just the Diamondbacks, Rockies, Twins and Tigers have a worse bullpen ERA. The LA Angels trade rumors lit up last week with the arrival of Hunter Strickland, but that is only the start of addressing a struggling pitching staff.

Looking at potential Angels trades is a difficult concept. This isn’t a team which is a couple of moves away. It’s not a question of a starter consolidating the pitcher or a reliever saving the bullpen.

When the underperformance is so widespread, a front office can tweak round the edges, but improvement from experienced performers is their best chance at becoming a competitive team.

Justin Upton and David Fletcher starting to hit would be a nice start. Every starter other than Ohtani has been below league average by ERA+. Dylan Bundy was meant to be building on an impressive 2020, but he’s been every bit as disappointing as Jose Quintana and Alex Cobb.

While Upton and Fletcher need to get better, once Anthony Rendon returns, the offense should be passable.

The pitching is less certain. Cobb was a risk. As was Quintana. There’s not much evidence that this can be an above-average rotation, and it’s not unimaginable that they stay at this level all season.

SHOHEI OHTANI
That homer came on a pitch 4.19 feet above the ground
That’s the 2nd-highest pitch anyone has homered off this year (Willians Astudillo, 4.24 ft above ground) https://t.co/CmBKvxNUq6 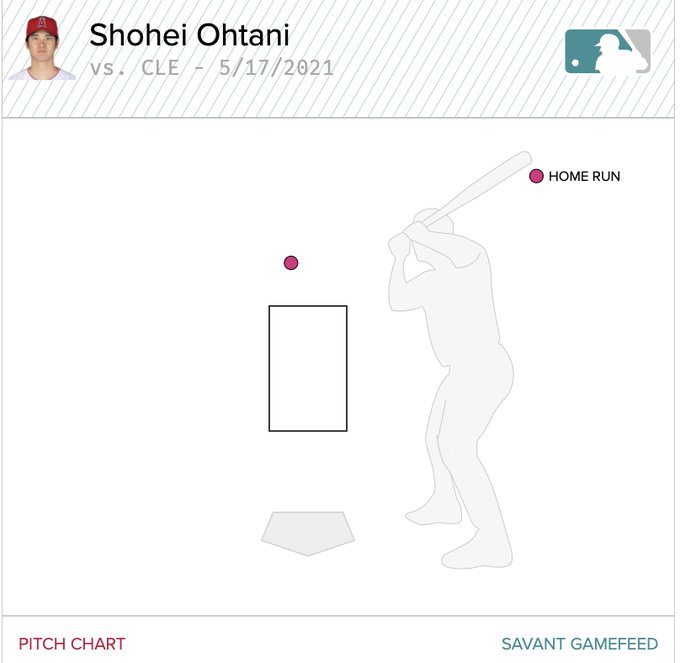 Multiple minor moves are the Angels’ best chance at turning this round. Turnover in the bullpen is necessary with a string of trades like the Strickland deal. For the rotation, could they test the Rockies’ resolve for a Jon Gray trade? Do the Reds shop Tyler Mahle or Sonny Gray if they fall out of the NL Central race?

A sell-off at the deadline isn’t on the table. This is familiar territory for Angels fans, though the changes in the front office could mean a different approach.

LA Angels trade rumors are going to be everywhere through the summer. With two players putting up historic numbers, the Angels have no choice but to make moves to help them compete in 2021. Ideally, they will acquire players with team control through 2023 and beyond.

Neutrals around the world want to see Ohtani and Trout playing meaningful baseball. Trout is on his way to becoming the greatest to play the game. Ohtani is doing things no one has done before. It is a bizarre circumstance where a team has the two best players in the league but cannot even break .500.

The Angels front office should be busy in the coming weeks. Following the release of Albert Pujols, there could be more big moves to come.