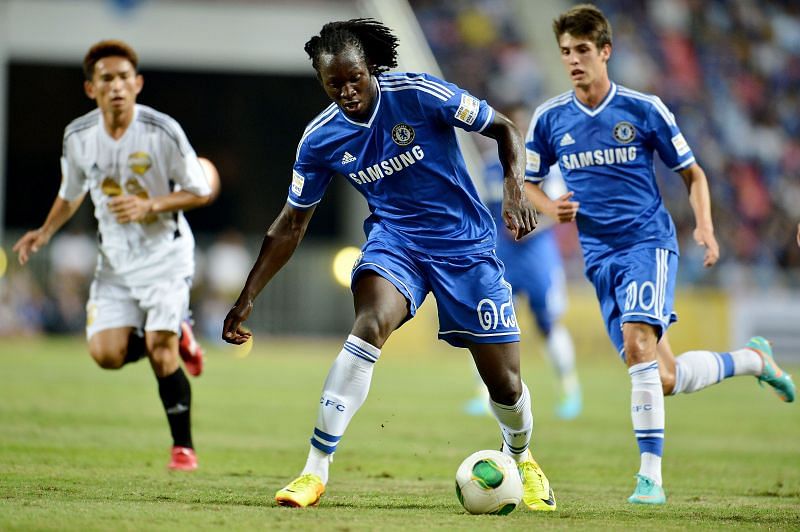 Chelsea have finally re-signed Romelu Lukaku from Inter Milan for a fee which is reportedly around £97.5 million. The Belgian superstar is one of the finest forwards in the game and could transform Thomas Tuchel’s side into genuine contenders for the Premier League title this season.

However, Lukaku also had an earlier spell at Stamford Bridge where he was not too successful and struggled to make a major impact. Signed in 2011 for a reported fee of £10 million (£17 million in add-ons), Lukaku made only 10 Premier League appearances for Chelsea. He was loaned in 2012-13 to West Bromwich Albion and then in 2013-14 he was loaned to Everton.

Chelsea then sold the Belgian to Everton for £28 million in 2014 making him Everton’s costliest player at the time. After a decent spell at Everton and Manchester United, Romelu Lukaku moved to Inter Milan where he finally announced himself as one of the best strikers in the world.

Having been let go by Chelsea for just £28 million in 2014, Romelu Lukaku returns to Stamford Bridge with a hefty price tag and a glowing reputation. The Belgian will be determined to make an impact and prove himself at Chelsea.

Seen as a natural successor to Didier Drogba by some Chelsea fans, the 28-year-old striker could be the missing piece in Thomas Tuchel’s incredible squad. While the Blues are stacked in pretty much every department, Timo Werner’s form and the lack of a clinical finisher had Chelsea searching for a top quality striker in this transfer window.

They were linked with a big-money move for Borussia Dortmund’s Erling Haaland, but with his price tag reported to be around £175 million, Chelsea decided to pursue Lukaku instead and ended up signing him for much more money than they sold him for in 2014.

Sold for just under £30 million in 2014, Lukaku returns to Chelsea as a superstar and will be expected to be among the goals in the 2021-22 Premier League season.