In a huge misdirect from Niantic, Zamazenta has finally made its way into Pokemon GO.

Zamazenta, who will be arriving with its legendary counterpart Zacian, will be released in part three of the most recent Ultra Unlock. This comes as a shock to most fans who were expecting to see Hoopa. Niantic never announced a specific Pokemon for this part of the Ultra Unlock, leaving it a mystery instead, and Zamazenta’s arrival out of the blue has surprised players. 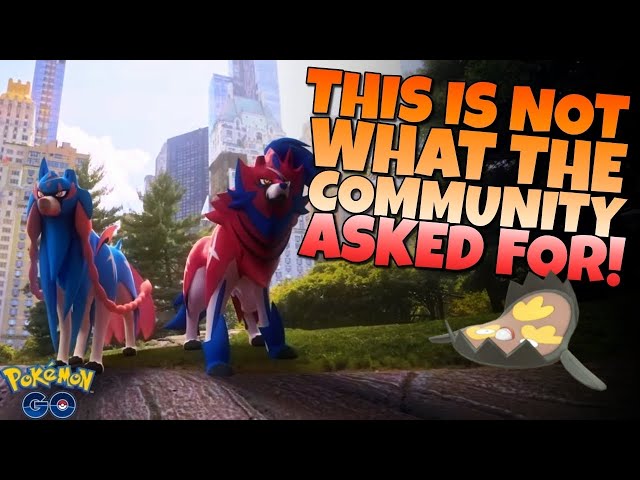 Part three of the Ultra Unlock is fast approaching. Zamazenta specifically, will be available from August 26th to September 1st as a five star raid boss. Prior to that, Zacian will be the five star raid boss starting August 20th.

From August 20th to August 26th, the Galarian forms of Slowpoke, Farfetch’d and Zigzagoon will be one star raid bosses. Three star raids will also feature Galarian Weezing as well as Falinks, a Pokemon native to Galar.

Once things change over to the Zamazenta part of the event on August 26th, Galarian forms of Meowth, Ponyta and Darumaka will appear in one star raids. In three star raids, Galarian Stunfisk will also be seen.

This will be great news for any trainers who are looking to level up in the Great League, as Galarian Stunfisk is a major threat in that meta.

No information on Zamazenta is currently available. Its stats, however, have been released. Being the mascot of Pokemon Shield, one could imagine that it will have a large Defense stat, and that seems to be the case, seeing as it gets 236 base Defense.

Zamazenta might also be packing a powerful punch, as it’s projected to have 258 Attack. This could lead to some powerful Close Combats and Focus Blasts, if they end up on its moveset.