Now that the Mario Golf franchise has come to the Switch, players will finally get to use motion controls over the typical button inputs.

Mario Golf: Super Rush was only released shortly after Nintendo’s Direct at E3, and gamers have already started diving head first into the action this game has to offer. This new title presents different ways to play golf in the Mushroom Kingdom. There’s even a Speed Golf mode where players need to race for their ball.

Being able to use motion controls to simulate golf play, though, was another big selling point of this game. Here is how fans can access this feature.

How can players switch from button controls to the motion controls in new Mario Golf game? 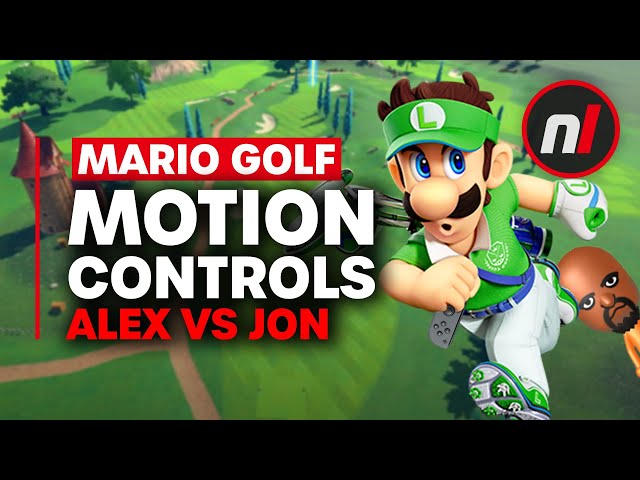 When entering a game in Mario Golf: Super Rush, players will want to look for the Play Style section. This is where they can select motion controls over button controls.

This feature gives them the chance to use a Joycon for the Switch as if it were a real golf club. There are settings for either right or left hand, too, so players get the option for which direction they want to swing from.

Of course, as per usual with motion controls, fans want to know how well they operate. One thing that is clear in Mario Golf: Super Rush, though, is that the game does pick up how hard or soft the player swings.

This is an extra challenge for gamers who are using the motion controls since they have to gauge how forcefully they want to strike the ball. Giving it a strong whack could put the ball in the rough, well past the hole.

On the other hand, swinging softly can result in a dud with no power behind it. Experimenting with this is half the fun of motion controls. Mastering how to use topspin and backspin in Mario Golf: Super Dash can also help players get more control on their swings.

To help with this, another feature that the developers were definitely wise to add is the practice swing function. This lets players take a swing and see where the ball would have landed. Holding the L or R button will let players take their practice swing, and it’s a great way to determine how hard the ball needs to be hit.