One of Minecraft’s most intense and rewarding survival experiences, Skyblock pits players against the elements as they begin on a floating island with few resources.

When it comes to Skyblock, Minecraft players that aren’t accustomed to the map may have a hard time coming up with certain materials. From mineral ores to plant life to extra water or foodstuffs, finding goodies in Skyblock is almost always a challenge.

For Minecraft players that need vines for some mossy decorations or a little composting, there is really only one reliable way to get them on a standard vanilla Skyblock map.

Minecraft: Getting vines in Skyblock from the Wandering Trader

Unfortunately for Skyblock players, villagers with defined jobs do not yet have vines or vine-related materials added to their trading tables. Since vines naturally occur from jungle biomes, the ideal way to collect heaps of vines is to plant jungle trees. However, since villagers don’t trade saplings, players will need to rely on Minecraft’s Wandering Trader.

The game will increase the chances of the trader to spawn to a maximum of 7.5% until it successfully appears in-game.

Since the trader’s inventory is randomized, it may take multiple attempts to get the necessary materials. In this case, players should be looking for jungle saplings, which can be used to plant jungle trees which naturally grow vines. In Java Edition, the trader will require five Emeralds to acquire saplings.

In Minecraft’s Bedrock Edition, the trader will offer one sapling for the same price. It takes some diligence, but eventually the appropriate trade will appear when the trader makes their way to the Skyblock island.

Once players have their jungle sapling, they can proceed to the next phase of the process. 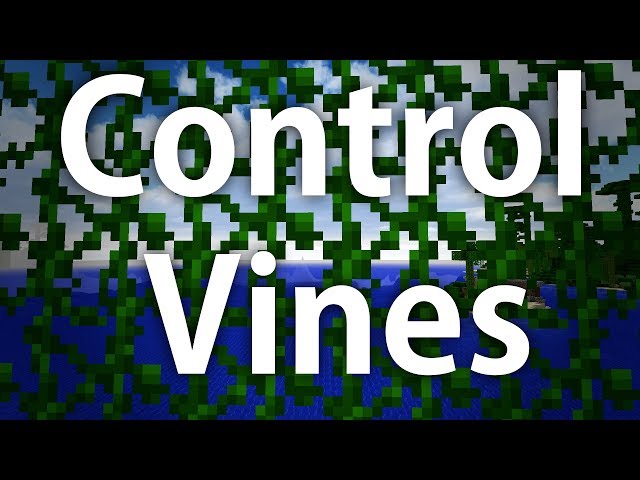 Plant the jungle sapling on grass blocks with plenty of space available around it both on the ground and in the sky. Once it grows, the jungle tree will glow vines on the sides of its trunk blocks.

Players will additionally need shears built with iron in order to harvest the vines from the tree. However, once Minecraft players have a small number of vines, they’ll be able to easily grow them going forward.

By placing vines on solid wall blocks, they will randomly grow in different directions as long as they have room.

Read More: How to make a TNT bed trap in Minecraft