US Air Force member Carlos Ray Norris was stationed at the Osan Air Base in South Korea in 1958. His arrival came five years after an armistice marked an end to hostilities during the Korean War.

During his time serving as an Air Policeman, the young Norris discovered Tang Soo Do, a traditional Korean martial art form derived from Karate and Taekkyeon. Norris – who, by his own admission, had been relatively unathletic growing up – immersed himself in training, securing a black belt in prodigiously quick time.

By the time Norris returned to the States, he was a martial arts master ready to test his might in tournaments. Despite his skill and ambition, Norris’ life as a fighter got off to a rocky start with losses to the likes of kickboxing legend Joe Lewis and American Taekwondo whiz Allen Steen. Undeterred by the beatdowns, Norris persevered and continued to fine tune his craft.

In 1967, Norris cemented himself as the real deal by winning S. Henry Cho’s North American Karate Championship. In the finals, Norris avenged his previous loss to Joe Lewis, upsetting him with a final score of 27.5 to 25.5. Sadly for Norris, his lead on Lewis was painfully short-lived. Lewis wound up sending the future Walker, Texas Ranger star packing at Jhoon Rhee’s U.S. Karate Championships later that year.

Growing stronger with every fight, Norris’ 1968 decision loss to surprise underdog Louis Delgado marked a change in fortunes. Moving faster than ever, Norris avenged the defeat by demolishing Delgado for the Professional Middleweight Karate championship later that year. For the rest of his fighting career, Norris was all but unbeatable.

Seeing dollar signs in action cinema, Norris eventually moved away from legit fighting to pursue an acting career. The often incredibly over the top nature of the characters Norris has played has led to a boatload of memes over the years. In 1990, Norris debuted his own martial art, Chun Kuk Do (a.k.a the Chuck Norris System). A hybrid style inspired by Tang Soo Do, Taekwondo and Brazilian Jiu-Jitsu among others, Chun Kuk Do provides everything from self-defence to a code of honor for its students.

Would Chuck Norris have succeeded in the octagon?

Had MMA been a viable option in Norris’ day, it’s not implausible he would’ve pursued it instead of film. The man himself believes he and old pal Bruce Lee would’ve excelled in the sport. 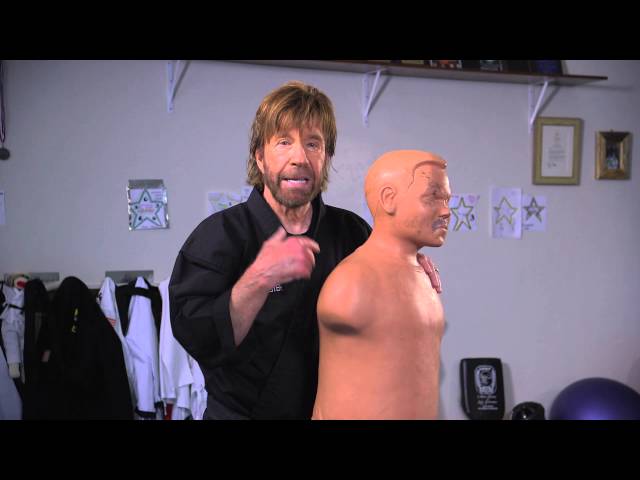 His expertise in Tang Soo Do and Karate made him a lethal kicker with great hip mobility and coordination. Norris also showed great psychological toughness in bouncing back from his early tournament losses. Learning from his experiences, Norris came back stronger with every defeat, eventually becoming a best-in-the-world-calibre competitor.

In modern MMA, Karate has been used to great effect in regards to improving a fighter’s agility, cardio, stance and reflexes. Renowned competitors such as Henry Cejudo, Nick Diaz and Conor McGregor have displayed its benefits at different points in their respective careers. Tang Soo Do, on the other hand, remains rather untested in the cage.

While Tang Soo Do allowed Norris to display great poise and balance in his strikes, it’s unlikely it would’ve helped much against esteemed grapplers. Although Norris’ own Chun Kuk Do took some influence from BJJ, it is not a grappling-focused martial art. Furthermore, BJJ would not have adequately prepared him for a variety of stand-up grappling-focused attacks. Against seasoned wrestlers and takedown artists, Norris would have likely floundered and, in turn, needed to retool his training to become a more complete fighter.

At 5’10 and weighing in at around 155-160 lbs for much of his athletic prime, Norris would’ve fought in the lightweight division. There, his agility, reach and flexibility would’ve served him well as a striker. However, his lack of wrestling (and, even more importantly, counter-wrestling) would’ve proven to be his kryptonite.

Born in 1940, Norris has displayed exceptional health and longevity over the decades. His commitment to total body fitness at any age would’ve served him well in extending a cagefighting career into his 40s. With all of that time to continue training and fighting in all areas of combat, Norris may well’ve secured lightweight gold eventually. However, the chances of Norris enjoying an extended reign a la the likes of Khabib Nurmagomedov and B.J. Penn would’ve been slim.

We also have a pretty active MMA communnity on Facebook! Join today