Israel Adesanya and Anderson Silva are regarded as two of the greatest strikers to have ever competed in the sport of MMA. Adesanya and Silva have time and again been praised for their innovative striking and outstanding understanding of the intricacies of the stand-up aspect of martial arts.

However, that didn’t stop the two MMA stalwarts from going to war against one another inside the octagon. Israel Adesanya fought Anderson Silva in a three-round middleweight bout that served as the headliner for the UFC 234 (February 10, 2019) fight card.

Israel Adesanya out-struck and defeated Anderson Silva via a unanimous decision (29–28, 30–27, 30–27). Nevertheless, many believe that had this fight taken place in Silva’s prime, its outcome would’ve been much different. Today, we examine this much-discussed ‘what if’ scenario and break down how a fight between the prime versions of Adesanya and Silva would play out…

The consensus in the combat sports world is that Israel Adesanya was in his athletic prime when he faced Anderson Silva, whereas Silva wasn’t. Currently 31 and 46 years of age respectively, the age difference between Adesanya and Silva is quite glaring and surely provided the current champ an advantage in their fight.

Regardless, assuming that both Adesanya and Silva were in their respective primes when they fought each other, their fight would’ve played out quite differently. Adesanya wouldn’t have been able to control the striking range against a prime Silva.

Jan Blachowicz’s unorthodox striking rhythm posed a challenge for Israel Adesanya on the feet, albeit with the threat of a takedown. Well, Anderson Silva, at the peak of his game, was a master at establishing his rhythm and making his opponent fight according to hit.

Silva would go from slow to moderate-paced to lightning-fast unpredictably. And he’d most definitely befuddle Adesanya with his in-and-out movement, timing and precise strikes. 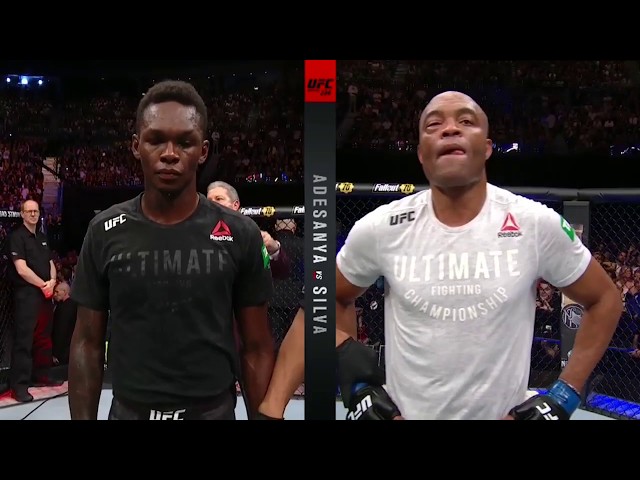 Even against a prime Anderson Silva, Israel Adesanya would’ve been unlikely to utilize his offensive grappling skills. Their UFC 234 matchup was primarily a kickboxing match under MMA rules, and it’d have been the same had they faced off in Silva’s prime.

However, an important point to note in regards to grappling in this matchup is that Adesanya would’ve had a tough time defending himself against Silva’s grappling on the feet.

He’d have run into serious trouble against Silva’s clinch-work and Muay Thai plum. It would ultimately be Silva’s strikes that hurt Adesanya, but his grappling in the clinch would be the weapon that sets up the deadly strikes.

A crazy final 60 seconds sums up a wild fight between Israel Adesanya and Anderson Silva!

The legend passes the torch to the rising star ⭐️#UFC234 pic.twitter.com/HBImyaMuIj

Anderson Silva has consistently prioritized the concepts of honor and respect throughout his combat sports career. But with that being said, Silva was, and still is, a master in the realm of mental warfare.

Silva is usually quite respectful of his opponents before and after their fight, but he’s been known to taunt and engage in showmanship during the fight. Silva’s mental fortitude and showmanship inside the octagon would’ve acted as an antidote to Adesanya’s own showmanship and mind games.

In a nutshell, it’d be safe to say that although Israel Adesanya and Anderson Silva are both capable of beating each other in their primes, Adesanya would’ve had one of his most difficult fights had he clashed with ‘The Spider’ in his prime.