Former UFC welterweight champion Tyron Woodley has made a prediction for his upcoming fight against Jake Paul.

Appearing on the ‘Believe You Me’ podcast hosted by former UFC middleweight champion Michael Bisping, Woodley said he would finish Paul in the third round of the fight.

“I think three [rounds]. I wanna say first [but] first round sounds cocky, sounds dope… I just know that if I’m fighting Tyron Woodley, everybody’s gonna tell them to cover up, whether the storm, clinch them, grab them, keep them away from you, stay at distance and watch out for the right hand. I gotta set a couple of traps. I may need a round or two to set up some traps, see what he responds to and [in] the third, I think I should be able to clean up the deal.” said Tyron Woodley. 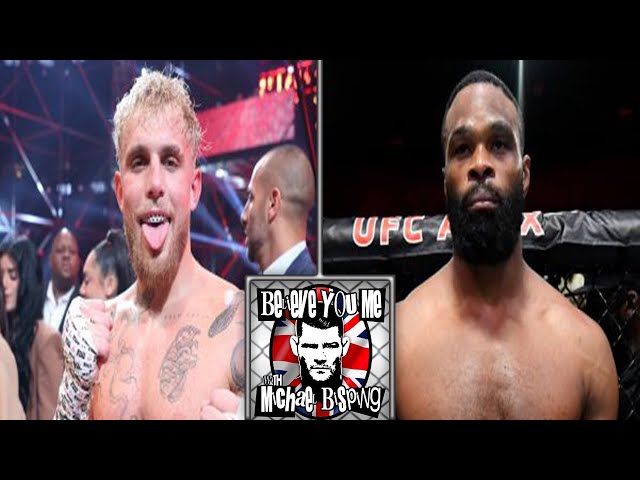 Jake Paul will take on UFC veteran Tyron Woodley in a boxing match on August 28, 2021. In his last fight, Paul knocked out Woodley’s teammate and friend Ben Askren in the first round of the bout.

Meanwhile, ‘The Chosen One’ was on a four-fight skid before cutting ties with the UFC.

Tyron Woodley has accepted Floyd Mayweather’s offer to train ‘The Chosen One’ for his fight against Jake Paul.

“Yeah, he [Floyd Mayweather] offered to train me. You gotta take advantage of that. Even if he just gives you two or three gems, you know, those are gems he doesn’t give to most people and people just gotta kind of watch him and try to figure out what he’s doing.”