Joe Rogan believes T.J. Dillashaw was close to tapping out in his return fight against Cory Sandhagen at UFC Vegas 32.

During a recent edition of The Joe Rogan Experience, which featured former UFC featherweight contender Chad Mendes as a guest, Rogan discussed Dillashaw’s main event bout against ‘The Sandman’, which came after he finished serving a two-year suspension following a positive test for EPO.

While discussing the fight, Rogan mentioned the moment when Sandhagen had T.J. Dillashaw in a triangle lock and almost made the former champion tap out.

“The wild thing about his fight with Sandhagen was Sandhagen had him in a f***ing triangle, locked up and I was like, ‘Man, I wonder if he had some pointers on how to finish that better, that would’ve been it.’ Because it seemed locked the f**k in, he threw a knee, right and T.J. takes him down and in the process of taking down, he locks up. Fully locked up triangle early in the fight and I was like, ‘Man, I feel like he got this.’ I thought T.J. was gonna tap.” 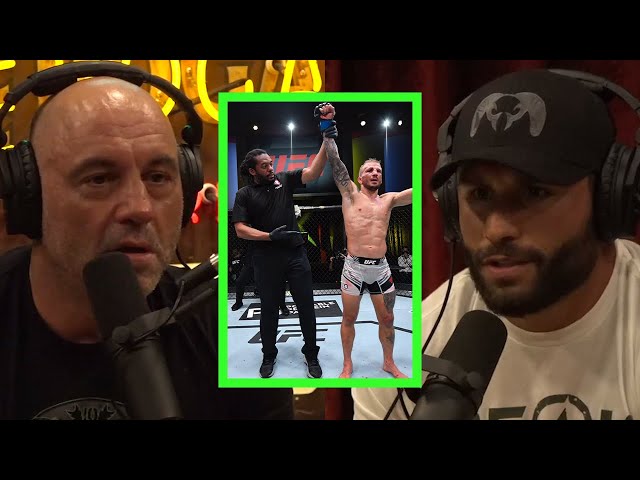 T.J. Dillashaw and Cory Sandhagen’s clash was one of the absolute barnburners in recent bantamweight history.

While many fans believed that Sandhagen had won the fight, it was Dillashaw who was declared victorious on the judges’ scorecards. The former UFC bantamweight champion marked his highly awaited return with a fitting win.

T.J. Dillashaw is right back into title contention

With the victory, it remains to be seen what plans the UFC has in store for Dillashaw next, but he could possibly face the winner of the Aljamain Sterling vs. Petr Yan rematch for the UFC bantamweight championship.

Yan himself has made it clear that he wants to face Dillashaw. Former UFC lightweight champion Khabib Nurmagomedov even suggested that Yan vs. Dillashaw is the fight to make.