UFC President Dana White recently sat down for an interview with Arthur Kade of BroBible and discussed multiple topics at length. During the conversation, White revealed that he considers Kamaru Usman the pound-for-pound number one fighter in the world at the moment. The statement came during a discussion about the UFC’s reality show The Ultimate Fighter.

Also Read: 3 reasons why Kamaru Usman is the best pound-for-pound fighter in the UFC today

Dana White is credited with taking the UFC to the heights that it has reached today. Its popularity is largely due to the fighters who come from all corners of the world. Still, The Ultimate Fighter is one of the main recruiting grounds for the promotion and boasts several champions.

During the interview, Arthur Kade asked White to remark on the return of The Ultimate Fighter after a hiatus of two years and complimented the successful feeder system the UFC has put in place.

Dana White agreed that TUF creates future stars and added that several world champions had been a part of it too, stating:

The show boasts the involvement of several great fighters, and Dana White has to be credited with coming up with a brainwave. The UFC president also mentioned one fighter who has smashed all expectations to become the best fighter in the UFC. White revealed:

“Like you said, Kamaru Usman came off and look how talented this kid is now. I truly believe that right now he’s the pound-for-pound best fighter in the world.”

Dana White showed great respect to Kamaru Usman, who’s currently the UFC welterweight champion and has not lost a single fight in the UFC. Kade agreed with White and went on to compliment Usman’s remarkable journey.

It’s worth noting that while Kamaru Usman has been named the P4P number one fighter in the world on multiple sports websites and by Dana White, ‘The Nigerian Nightmare’ is still trailing Jon Jones in the UFC’s official rankings.

Also Read: 3 reasons why Kamaru Usman deserves to be top of the UFC P4P rankings

Arthur Kade and White also talked about the background of an average MMA fighter, and Kade asked the UFC honcho about working with people from such diverse backgrounds. Dana White answered:

“It’s one of the things that was super appealing to us in the beginning when we got into the sport. All of these guys have a different story, a different background. Most of them graduated from college and they have great stories.”

White also added how all boxers came from a similar background, saying:

“Boxing had the same old story, ‘I came from the mean streets of such and such and if it wasn’t for boxing I’d be dead or in jail.’ That was literally every guy’s story. These guys have incredible stories.” 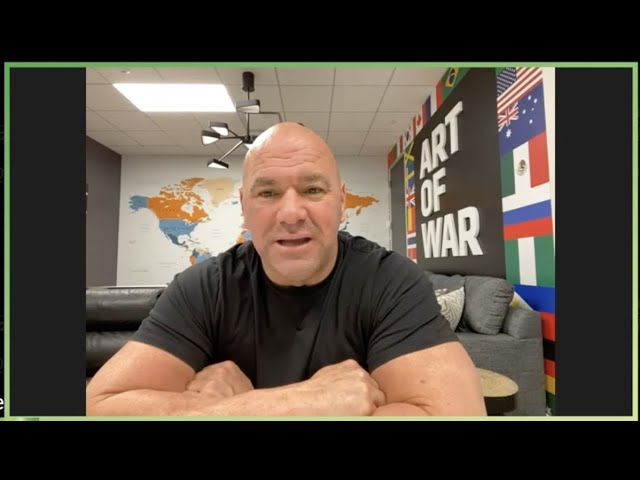