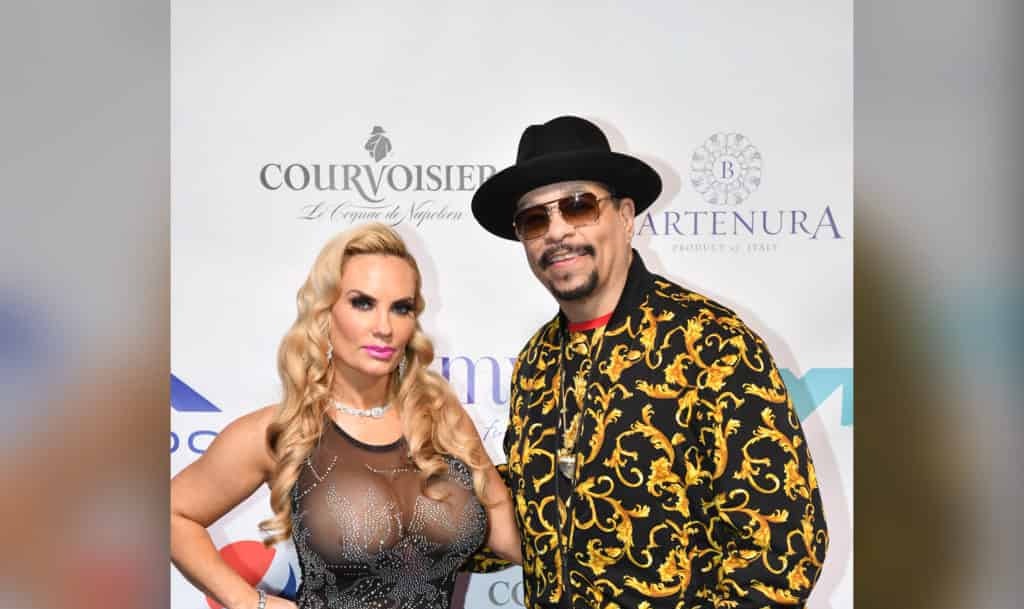 When it comes to sharing parts of your personal life on social media, Coco Austin and Ice-T have been doing it a lot lately. Earlier today, Ice-T tweeted a picture of him and his wife having an intimate moment in their bathroom, which consisted of shaving that raised eyebrows. While sharing the picture on Twitter, T tweeted, “People should know by now that Coco and I are far from normal parents… And we give less than a F about how you feel… Love is love… Haters F off..”

It took no time for a Twitter user to share their dislike of the photo. The user tweeted, “Yeah, but who needs this pic really?” It’s not out of the ordinary for T to respond to negative comments, and if you guessed that he responded to this tweet, then you are correct! He quickly revoked their access and informed the user that he was blocked. In an additional tweet, T suggested if people have an issue with what he posts on his page, they can unfollow him.

T has been going hard online defending his wife over the past few weeks since she revealed that she still breast-feeds their five-year-old daughter Chanel. Coco made headlines with the news and was back in the press last week when she added her two cents to the bathing conversation. If you recall, Mila Kunis and Ashton Kutcher started the debacle when Mila revealed she doesn’t wash her body with soap every day. She also claimed they only wash their kids when they see dirt on Dax Shepard’s podcast. This prompted Coco to share on an episode of  E!’s “Daily Pop that she doesn’t shower every day, only as needed. Coco said, “My hair, I wash every four days. When I’m feeling icky, I get in the shower…it could be every 3 days.”

Roommates, what do you think of this?

Want updates directly in your text inbox? Hit us up at 917-722-8057 or https://my.community.com/theshaderoom