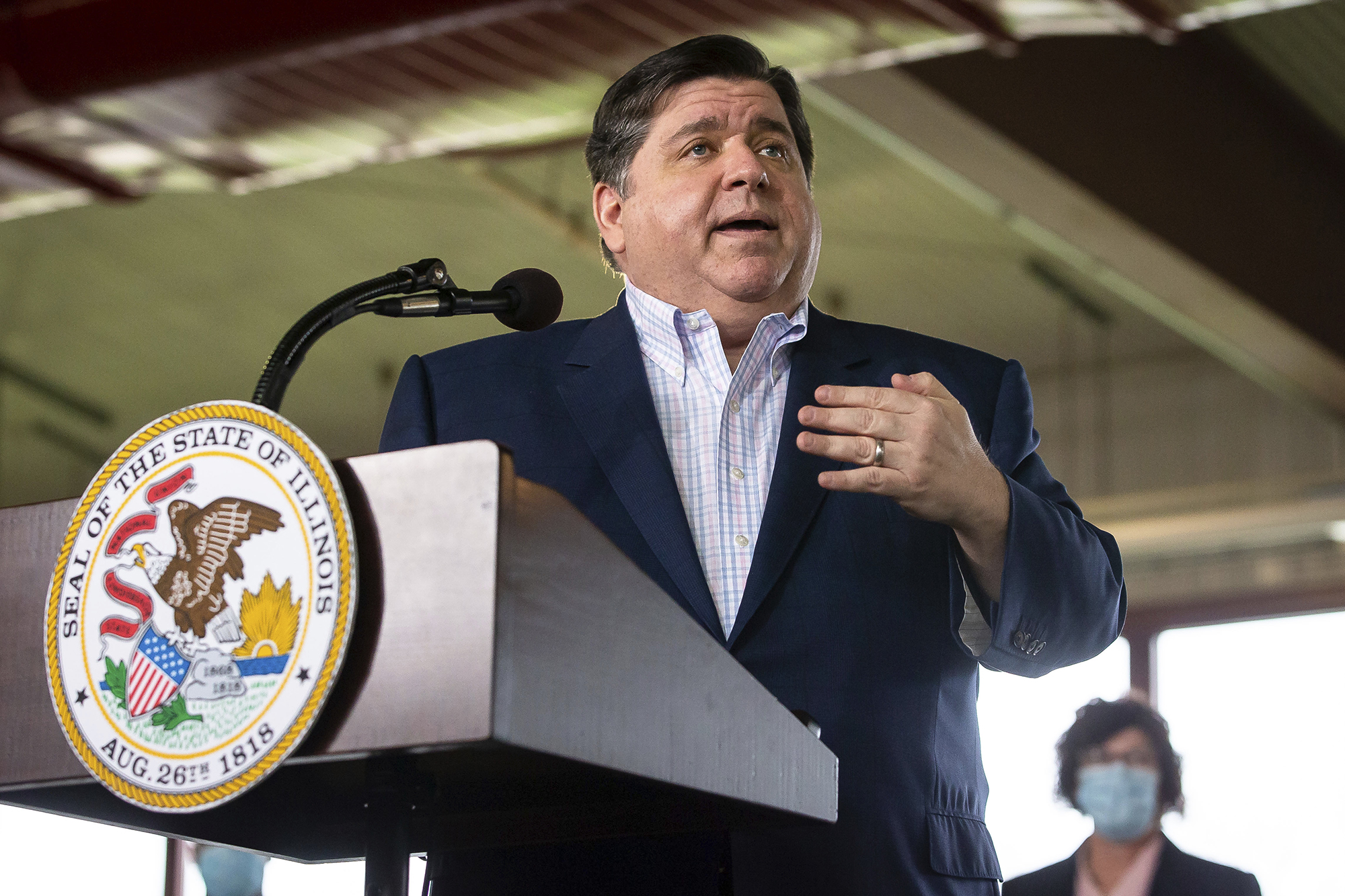 Illinois Gov. JB Pritzker said he is encouraging all residents regardless of vaccination status to leave home with a mask citing concern over the rapid spread of the Delta variant. Pritzker, who was on hand to mark the opening of a business center, wore his mask indoors until it was his turn to speak at the podium.

Pritzker said that he was wearing his mask out of an abundance of caution but that “we’re all making judgment calls.”

“I think when we leave our home every day, I would encourage everybody whether you’re vaccinated or not to bring your mask with you,” he told reporters. “You know what the guidelines are across the state of Illinois, and use your mask accordingly. I would say from my own perspective, if you’re going into a heavily crowded area, you don’t know if someone is vaccinated so you should just bring your mask with you and keep safe.”

Pritzker cited the rapid spread of the Delta variant in Israel and said it had forced the country back into requiring vaccinated people to wear masks indoors.

“Already the Delta variant, which sent Israel back into mitigation, is a growing presence in Illinois,” he said. “We expect it to dominate our cases statewide by fall.”

He also highlighted a recent outbreak linked to a summer camp earlier this month and said it resulted in an unvaccinated individual requiring hospitalization. He said state health officials are working with the CDC to determine if a variant was behind the outbreak.

He urged residents who haven’t yet gotten their vaccine to do so, citing it as a tool for the way out of the pandemic. Delta is one of six Variants of Concern (VOC) listed by the CDC and was first discovered in India. It has shown increased transmissibility and the potential to reduce effectiveness of monoclonal antibody treatments and vaccines.

Dr. Anthony Fauci said incoming data reflects the variant accounts for about 20% of U.S. coronavirus cases, with the rate doubling about every two weeks.