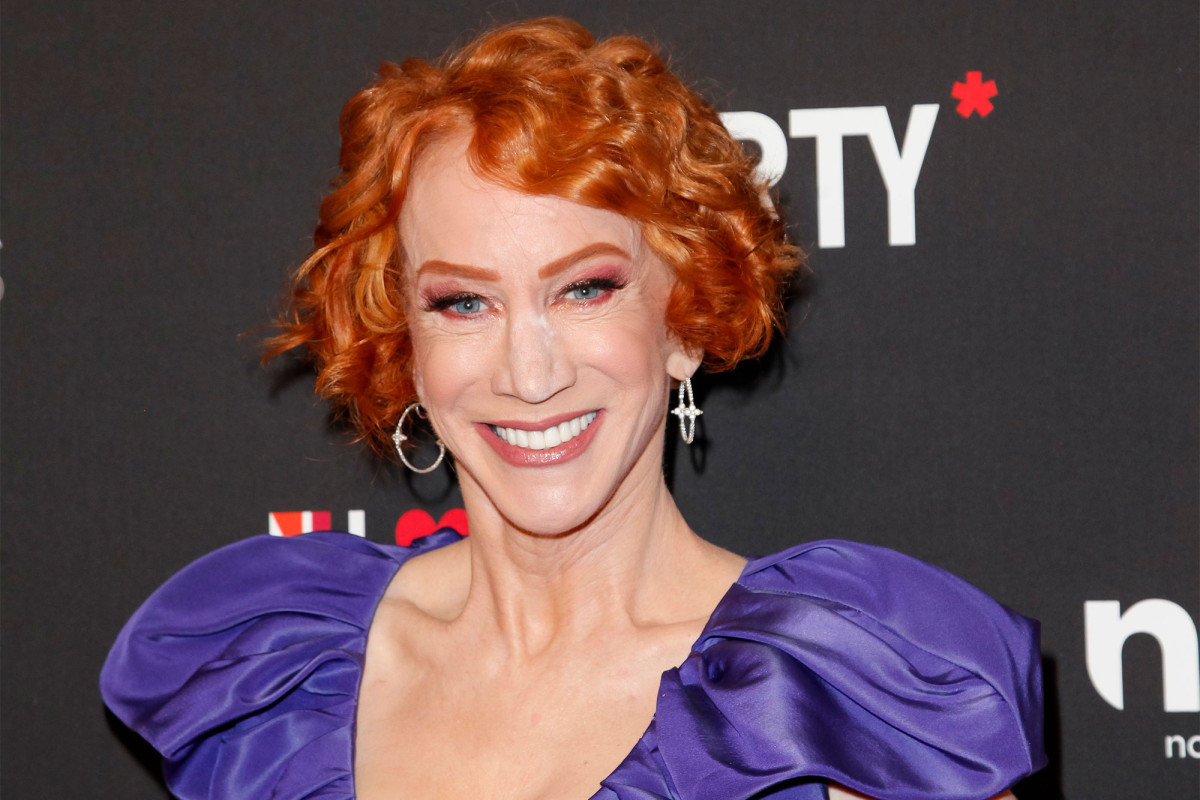 The comedian is guest-starring on the upcoming fifth season of the HBO Max comedy “Search Party” — which she was shooting amid her lung cancer battle, a source close to Griffin told The Post.

The 60-year-old plays Liquorice Montague, a conspiracy theorist who takes Chantal (Clare McNulty) under her wing as a “co-dependent apprentice,” according to Variety.

Our source also gave an update on Griffin’s health post-surgery.

“She loved the experience working on the show and it was a great creative outlet before undergoing her lung cancer surgery,” the source said. “She is still in recovery but getting better every day.”

The Post has reached out to the show and representatives for Griffin.

Showrunners Sarah-Violet Bliss and Charles Rogers explained in a joint statement to Variety that “working with Kathy was a huge life moment for us. She brought so much warmth, humanity and professionalism to set, and delivered a performance that will delight the world.”

Season 4 of “Search Party” concluded in January and showed Dory’s (Alia Shawkat) friends believing she died in a fire that engulfed the house she was being held prisoner in. The fifth season will see Dory coming into a business partnership with tech billionaire Tunnel Quinn (Jeff Goldblum).

The “My Life on the D-List” star revealed to the world on Aug. 2 that she was suffering from cancer despite “never” smoking, and that she would undergo surgery to have half of her left lung removed. In a lengthy Twitter note, Griffin wrote, “The doctors are very optimistic as it is stage one and contained to my left lung.” She added that she’s hopeful that she won’t need to get chemotherapy or radiation treatment after surgery. “I should be up and running around as usual in a month or less,” she continued.

Her revelation made headlines the same day that ABC’s “Nightline” aired an interview in which she shared some scary details about her secret pill addiction and suicidal thoughts in early 2020.

A few days after her cancer announcement, Griffin explained that her surgery “went well” and she’s in recovery.

Griffin — being the funny woman that she is — shared a video on Aug. 8, shortly after her operation, and laughed at the fact her voice is “really hoarse.” In her health update, she said, “Hi, you guys. I might start to post little videos about, like, my recovery and stuff, but my voice is, like, really hoarse.”

“I’m laughing. It’s just even that notion,” she said. “Also, for some reason, I laugh at everything now. And if it’s horrible, I laugh way more!”