Israel Adesanya has given his thoughts on Conor McGregor’s performance against Eddie Alvarez at UFC 205.

A post made by the MMA History Today Instagram account featured an image and a statement regarding Conor McGregor’s iconic second-round TKO win over Eddie Alvarez in their ‘champion vs. champion’ super-fight at UFC 205 (November 12th, 2016).

The statement contained words of high praise for Conor McGregor. It claimed that his performance was the most special “of all the special performances” the MMA community has witnessed over the years.

Israel Adesanya seemingly disagreed with this assertion. However, he did agree that McGregor’s performance at UFC 205 is up there amongst the most special performances of all time.

“Of all the special performances we’ve witnessed, this might be the most special of them all. The highest stakes at the most historic arena in the world. He was a sniper rifle that night.”

The MMA community is seemingly divided in its opinion as to whether or not Conor McGregor’s UFC 205 performance is the most special of all time.

They opine that every special performance in MMA history has its own unique appeal and no single performance can objectively be labeled as superior to the others.

Adesanya is en route to facing a familiar foe in his upcoming fight. His next title defense will likely be a rematch against former UFC middleweight champion Robert Whittaker. 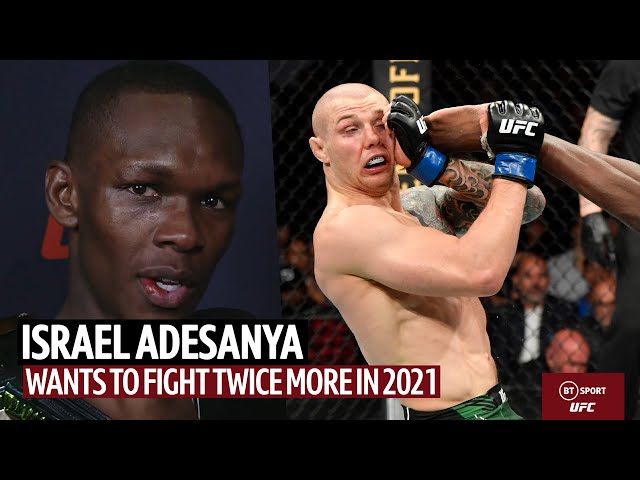 Similarly, Conor McGregor is primed to face an old foe in his upcoming fight. While Adesanya’s fight hasn’t been officially announced as of yet, McGregor’s fight has been finalized and is just a little more than a week away.

Conor McGregor’s most recent fight was a second-round TKO loss in his rematch against Dustin Poirier at UFC 257 (January 24th, 2021). McGregor had previously beaten Poirier via first-round TKO at UFC 178 (September 27th, 2014).

Presently, Conor McGregor is set to face Dustin Poirier in their trilogy matchup at UFC 264 (July 10th, 2021). The winner of this fight could potentially face UFC lightweight champion Charles Oliveira for the title next.