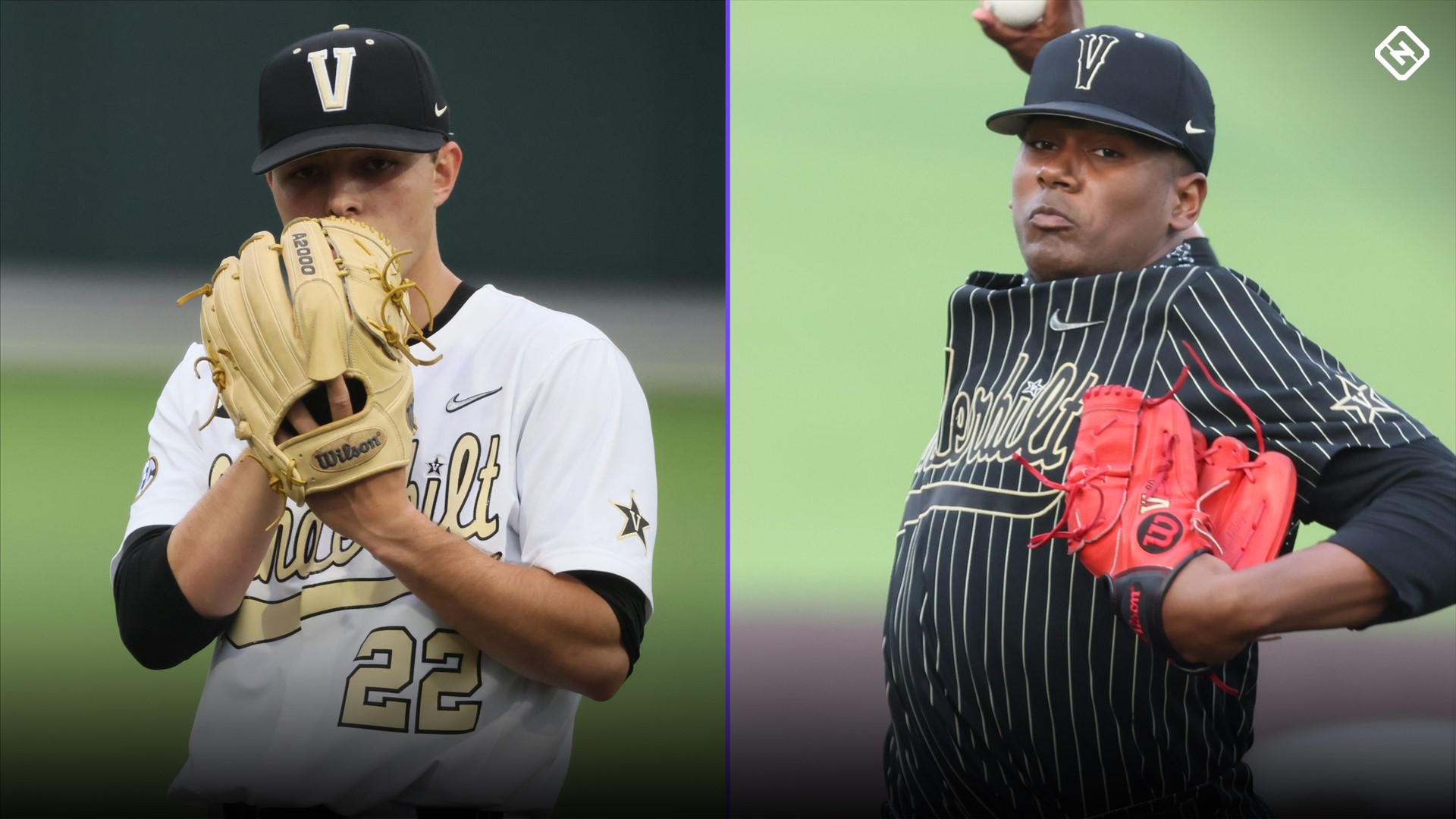 The national spotlight doesn’t shine on college baseball the same way it does on college football or college hoops. So for many baseball fans, the first chance they’ll get — well, the first opportunity they’ll take — to watch the future stars of their favorite team is the College World Series, held annually in Omaha, Neb.

And that dynamic has shifted a bit for the 2021 season. For the first time, the MLB Draft is part of the All-Star festivities in July, moved back from its normal spot in early June. So instead of watching the players your favorite team just drafted, instead fans will be watching the players their teams might draft a few weeks later. The CWS starts June 19; the MLB Draft kicks off on July 11 in Denver, with Round 1 and the Competitive Balance A round, too.

Let’s take a look at the primary draft prospects among the eight teams playing in Omaha, as taken from Baseball America’s ranking of the top 500 draft prospects. Here are the 10 players in the top 100 on that list.

Position: RHP
Baseball America draft prospect ranking: 3
Need to know: Once upon a time, Jack Leiter was mostly known as the son of former big league pitcher — and current MLB Network analyst — Al Leiter. Then, he earned a reputation as one of the top prep pitching prospects ahead of the 2019 MLB Draft. His commitment to Vandy and bonus demands scared teams away, and he wasn’t picked until the Yankees took a flier on him in the 20th round. He didn’t sign, obviously. Then with Vandy he quickly earned the reputation as one of the very best pitchers in college baseball; he had a 1.72 ERA in 15 2/3 innings as a freshman before the sport shut down because of the pandemic. In 2021, Leiter has a 2.16 ERA with 156 strikeouts in 96 innings. Oh, and he’s a favorite of the Pitching Ninja, the oh-so-fun Twitter account that highlights the best pitching in the sport, at most every level.

Position: RHP
BA draft prospect ranking: 5
Need to know: Rocker is a Pitching Ninja regular, too, and because this is 2021 and this is a piece on why you should enjoy watching potential draft picks perform at the College World Series, that seems important. As with Leiter, an appreciation of Rocker’s talent is increased with the Ninja’s assistance. Rocker came into this season in the conversation for the 1-1 draft spot, and he’s been really good again in 2021. In 17 starts, the big right-hander has 155 strikeouts vs. only 59 hits allowed, in 106 innings.

Position: RHP
BA draft prospect ranking: 12
Need to know: There’s nothing quite like a dominant pitching performance in Omaha, and Madden is capable of throwing zeroes up on the board almost as regularly as Rocker and Leiter. He has 119 strikeouts in 100 2/3 innings. In the Super Regional against South Florida, Madden tossed 6 2/3 scoreless frames, with nine strikeouts and only three hits allowed.

Position: RHP
BA draft prospect ranking: 38
Need to know: Bednar’s Super Regional start wasn’t great, but the Bulldogs beat Notre Dame in a slugfest. For the year, his ERA sits at 3.53, with 113 strikeouts and only 20 walks in 74 innings. Fun fact: He’s the younger brother of David Bednar, the righty having a solid season in the Pirates’ bullpen in 2021 (3.38 ERA, 12.0 K/9 in 24 innings).

Position: RHP
BA draft prospect ranking: 67
Need to know: Abbot’s Virginia team is here because the other Cavaliers picked up Abbot after his so-so start against Dallas Baptist resulted in a loss and a 1-0 series deficit in the best-of-three Super Regional. But rally the Cavaliers did, and you can bet that Abbott is ready to make amends. He’s had a stellar season, posting 152 strikeouts in 100 2/3 innings. Oh, and Abbott might only be here because the 2020 MLB Draft was only five rounds; any normal-length draft and he almost certainly would have been picked high enough to convince him to start his pro career. These stories tend to play well in Omaha.

Position: C
BA draft prospect ranking: 75
Need to know: This isn’t Jim Valvano’s Wolfpack, but absolutely zero people expected N.C. State to oust Arkansas, the No. 1-ranked team in the country. Especially after the Razorbacks won the opener of the best-of-three series. But the Wolfpack shocked the college baseball world, thanks in part to Tresh, who went 2-for-4 with a home run in Game 2 to help spark his club to the upset. The power is clear — he’s hit 15 homers this season — but his average dropped as the season went along, to its current .240.

Position: RHP
BA draft prospect ranking: 79
Need to know: Lots of power, and isn’t that fun to watch at the College World Series? It’s not quite like the ever-present ping of the souped-up bats at Rosenblatt Stadium years ago, but there’s still something special about the sound of a home run sailing over the outfield fence on that stage. Gelof has nine this year, with 11 stolen bases, too.

Position: SS
BA draft prospect ranking: 92
Need to know: Want to talk about dramatics? Torres popped a solo home run in the ninth inning of a tie game in a winner-take-all contest against No. 1 Arkansas in the Super Regional, with a spot in the College World Series on the line. It was his third home run of the series. Wow. Wolfpack fans are hoping for more of the same in Omaha.

Position: OF
BA draft prospect ranking: 195
Need to know: The numbers are impressive: .330 average, 13 home runs, 12 stolen bases (in 12 chances). In the clinching game of the Regional against Georgia Tech, a game that lasted 11 innings, Thomas went 3-for-5, with a home run, a double and five RBIs. That homer? A grand slam in the 11th. Mildly important, eh?