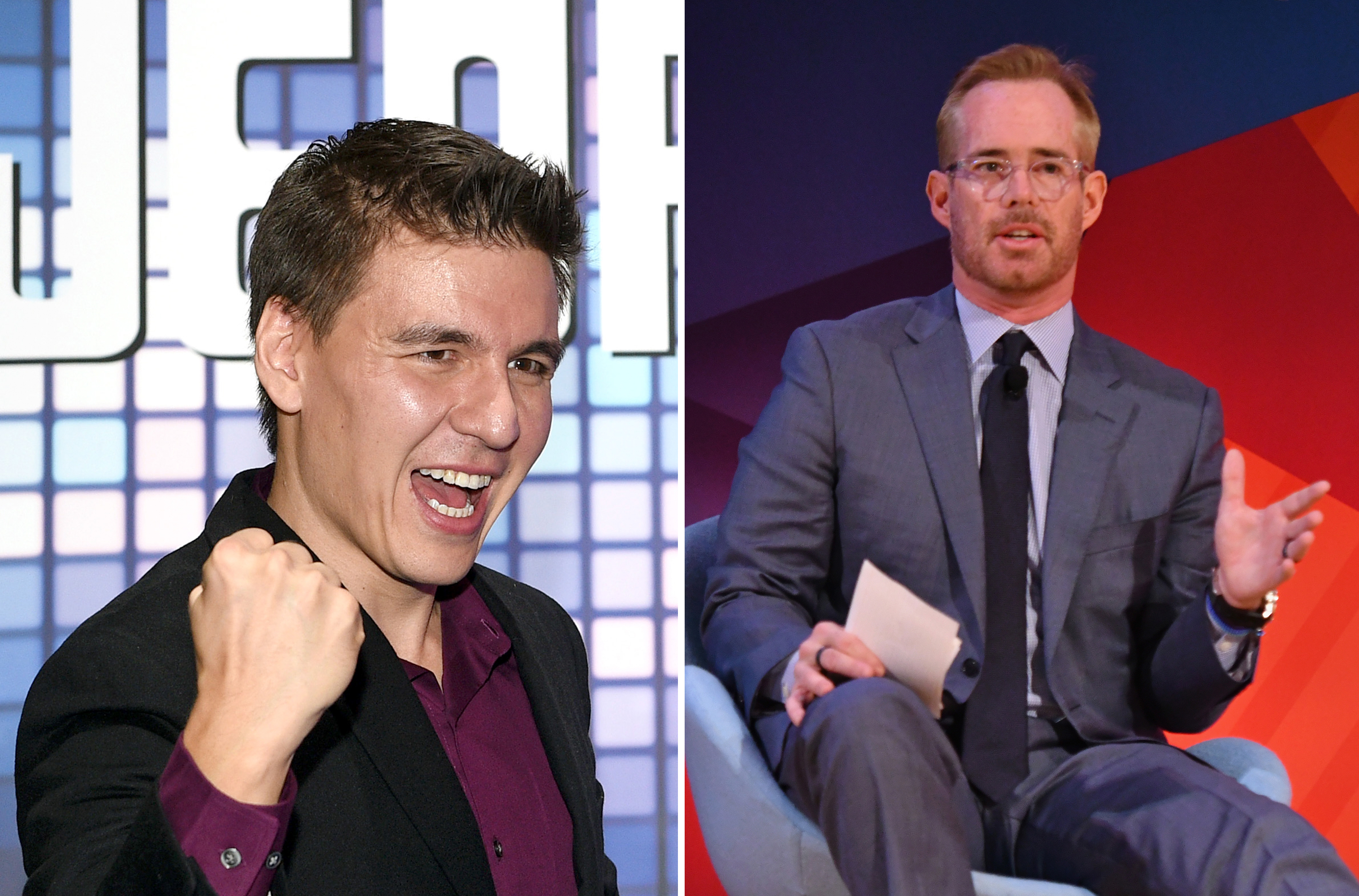 In the search for the next full-time host of “Jeopardy!,” one former champion has an answer: Who is Joe Buck?

Fox Sports announcer Joe Buck began his week-long stint hosting “Jeopardy!” on Monday and was met with a bevy of reactions, including James Holzhauer, 37.

Holzhauer — who holds the record for the biggest single-night haul on the show with $131,127 — believes that Buck is the right man for the job, but not because he’s a fan.

“Jeopardy says whoever hosts full time will have to quit their other job, so I’m crossing my fingers it’s Joe Buck,” Holzhauer wrote.

Buck, who got mixed reviews from fans of the game show, is the lead baseball and football voice for Fox.

Holzhauer, a professional sports gambler, won 32 consecutive games of Jeopardy! in 2018, bringing in $2,462,216 in winnings. He also won $250,000 after a victory on his season’s Tournament of Champions, and $250,000 as a runner-up in the Jeopardy! Greatest of All-Time tournament against winner Ken Jennings and Brad Rutter. Behind Jennings and Rutter, Holzhauer has the third-largest gameshow winnings in American history.

However, Holzhauer may be out of luck, since it appears that Jeopardy has a frontrunner for its new host. The show’s executive producer, Mike Richards, will likely be the face of the franchise despite facing allegations of discrimination.