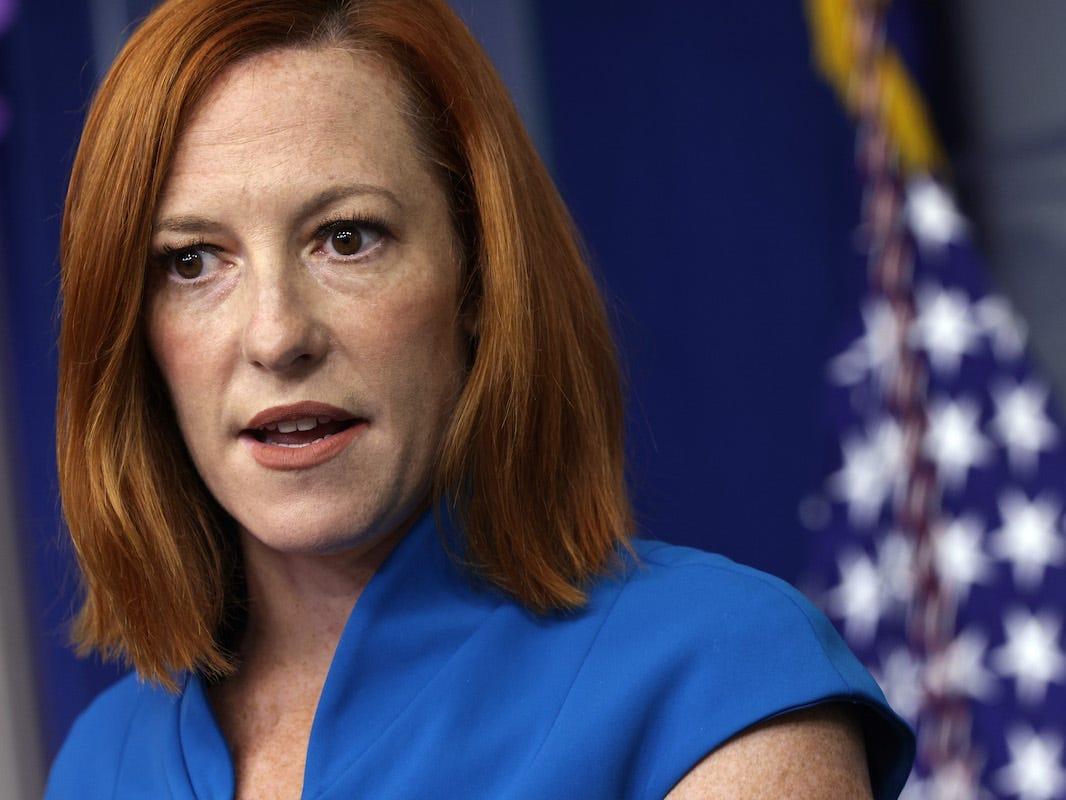 White House Press Secretary Jen Psaki called out former President Donald Trump’s suggestion that people use disinfectant as a COVID-19 cure in a cutting response to a Fox News reporter’s question on Wednesday.

Fox News’ White House correspondent Peter Doocy had asked Psaki at a daily press briefing whether Biden had “created some vaccine hesitancy” when he said in September last year that he didn’t trust Trump, who was overseeing the early stages of the vaccine rollout.

Uptake of COVID-19 vaccines has slowed in the US in recent weeks after it was one of the world leaders in terms of vaccine uptake earlier in the year. Officials continue to stress the safety of the vaccine as the highly infectious Delta variant causes a surge in cases across the country.

When pushed for a response, Psaki told Doocy there was no data to suggest Biden had contributed to vaccine hesitancy.

She added: “I would note that at the time, just for context, the former president was also suggesting people inject versions of poison into their veins to cure COVID. So I think that’s a relevant point.”

She appeared to be referring to an incident in April last year when Trump suggested that COVID-19 might be treated by the injection of disinfectant.

“I see the disinfectant, where it knocks it out in one minute and is there a way you can do something like that by injection inside, or almost a cleaning?” Trump asked at a press conference.

“Because you see it gets in the lungs, and it does a tremendous number on the lungs. So it’d be interesting to check that. So you’re going to have to use medical doctors, but it sounds interesting to me, so we’ll see.”

Biden consistently promoted vaccines both before and after taking office. He received both his first and second dose on camera as part of an effort to reassure people that the process was safe.