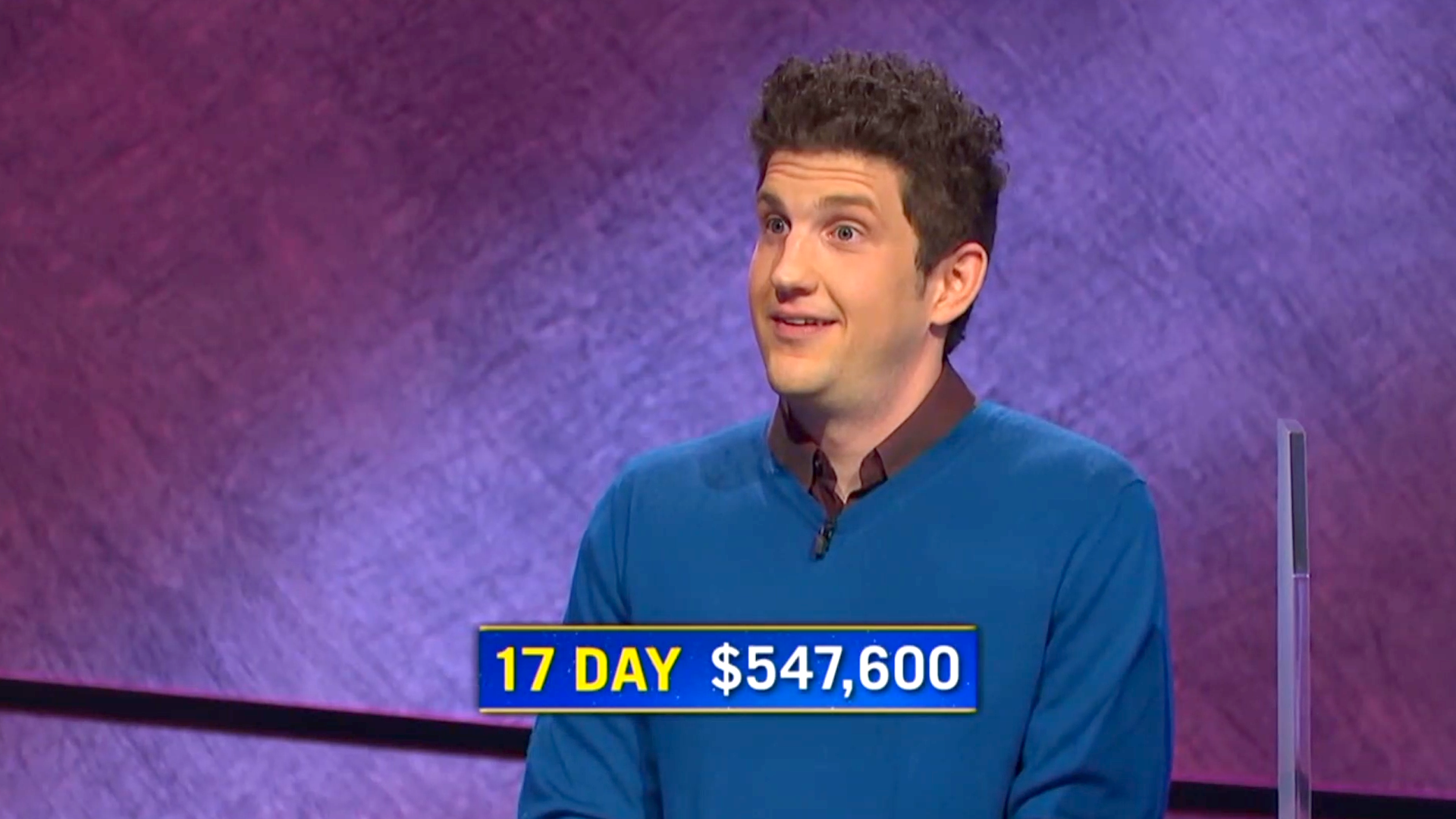 Jeopardy! champion Matt Amodio has done it yet again, winning his 17th straight game on Thursday. Only this time, the victory officially enters his name into the conversation with the two names that are synonymous with Jeopardy! dominance.

“You are now number three on the all-time list with regard to earnings in the regular season, behind only Ken Jennings and James Holzhauer,” guest host Joe Buck said at the end of the show. “Let that sink in.”

Amodio officially passed Jason Zuffranieri on the list, who earned his money with a 19-game win streak back in 2019. And now, Amodio is chasing two guys who both have well over $2 million in earnings, starting with Holzhauer who has exactly $1,914,616 more than Amodio.

Elsewhere in the Jeopardy! Hall of Fame, Amodio is coming up on Matt Jackon who holds the number six spot in the all-time winnings category, with $611,612. And Amodio is just two games from tying Zuffranieri and David Madden for fourth all-time in consecutive games won, with 19.

Viewers seemed to enjoy Amodio’s big night, taking to Twitter with plenty of praise. And it was made especially interesting for fans because, as Buck pointed out during the show, for the first time in more than ten games it wasn’t a runaway heading into Final Jeopardy. And that’s because Amodio’s fellow competitor, Ruth Reichard, trailed by only $9,400. Unfortunately for Reichard, she got the question wrong and Amodio got it right, but it was enough drama to get viewers excited.

And Buck, who wraps up his weeklong stint as host on Friday, took a moment at the top of the show to recognize Amodio’s run as well, and he did it by referencing Alex Trebek’s book, “The Answer Is.”

“One of the many things he learned when he was standing on this side is that this side is for the host. These are the stars of Jeopardy!,” Buck said. “And we have some star on display here, for the past two-plus weeks.”

Check out what viewers were saying about Matt Amodio when he first started winning: