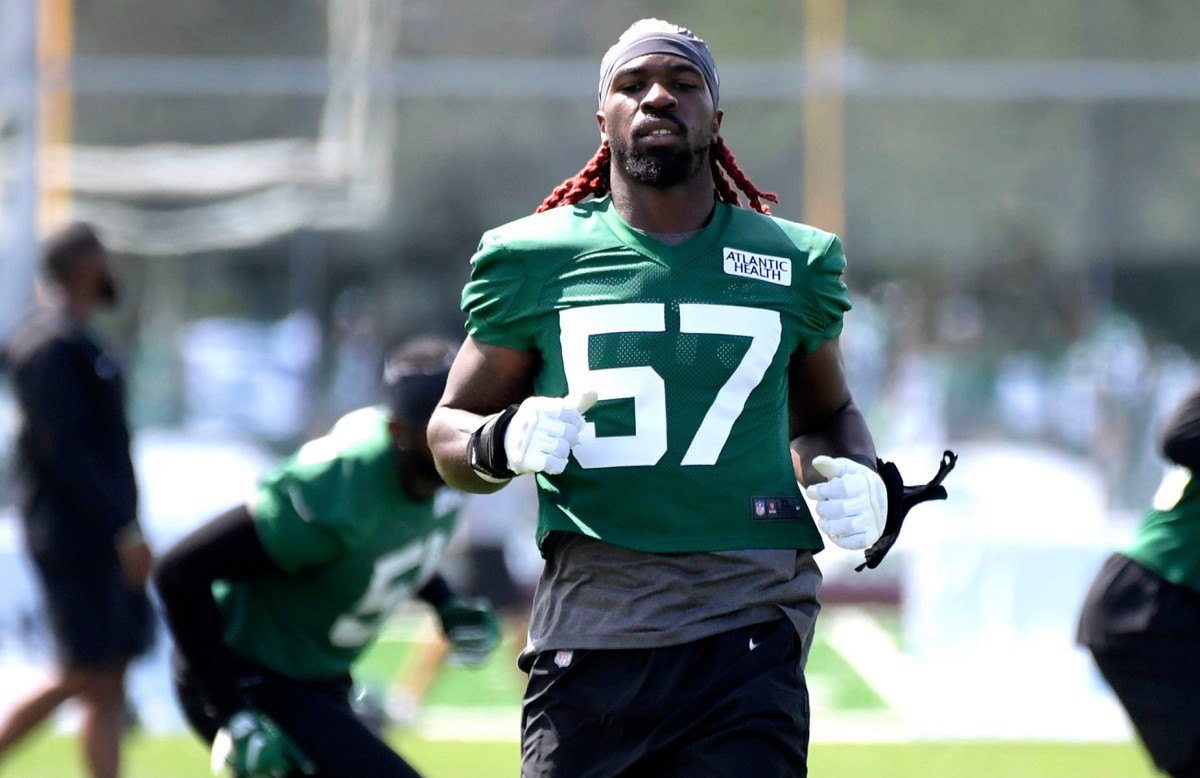 All linebackers who excelled in the defensive system run by Saleh and the Jets head coach’s mentors, Dan Quinn and Gus Bradley, because they could drop into coverage. That’s the challenge awaiting Jets starters C.J. Mosley, Jarrad Davis and rookie Hamsah Nasirildeen.

“When you look at the pass game in our system, we ask more out of our linebackers, I think, than any system in football,” Saleh said after Wednesday’s practice. “They are stressed heavily in the pass game. They were almost asked to be supermen, to a degree. But the good ones can do it.”

The “Legion of Boom” secondary is what everyone remembers about the Seahawks’ run as back-to-back NFC champions in 2013-14, but that is overlooking the role linebackers like Wagner and Wright played. Saleh was a defensive quality control coach on that staff.

“I think we learned it way back in 2012,” Saleh said. “The evolution of the [receiving] running back and the passing game was far outpacing the linebacker. We’ve had these smaller, longer, faster linebackers since 2012.”

Nasirildeen is a converted safety playing outside linebacker ahead of former starter Blake Cashman. Mosley and Jamien Sherwood — Davis’ back-up — both broke up passes in coverage during Wednesday’s team periods at training camp.

“We’ve got a lot of faith in the linebacking crew that we have,” Saleh said. “They’ve done a really good job in taking the system, attacking it, and absorbing all the stress that’s put on them. They’re getting comfortable.

“But they’re about to see different schemes, and it’s going to create a whole new set of challenges for them. It’s going to be a great learning experience over the next three weeks.”

The position battle between veteran right tackles Morgan Moses and George Fant looks even so far. But Saleh won’t be taking a page from Giants coach Joe Judge’s playbook, when he rotated Matt Peart and Cam Fleming last season.

It’s slightly different because the Giants were trying to find experience for the then-rookie Peart with this season in mind. Saleh will name a starter … eventually.

“Especially at the O-line level, it’s just personal philosophy where I don’t believe in rotations because I think you have to get into a rhythm, you have to play a game within a game,” Saleh said. “As far as making a decision, I feel like we have all the time in the world. Because that group, there’s a lot of continuity with the other four [starters.]”

The Jets had a bigger emphasis on seven-on-seven drills than 11-on-11 during practice. Why?

“[Tuesday] was a bruiser,” Saleh said. “The O-line, D-line took over 45 snaps in practice and it was hot. I just wanted to give those guys a little bit of a break because [Thursday] we’re going to stack up another padded practice that we’ll get to about 50 snaps.”