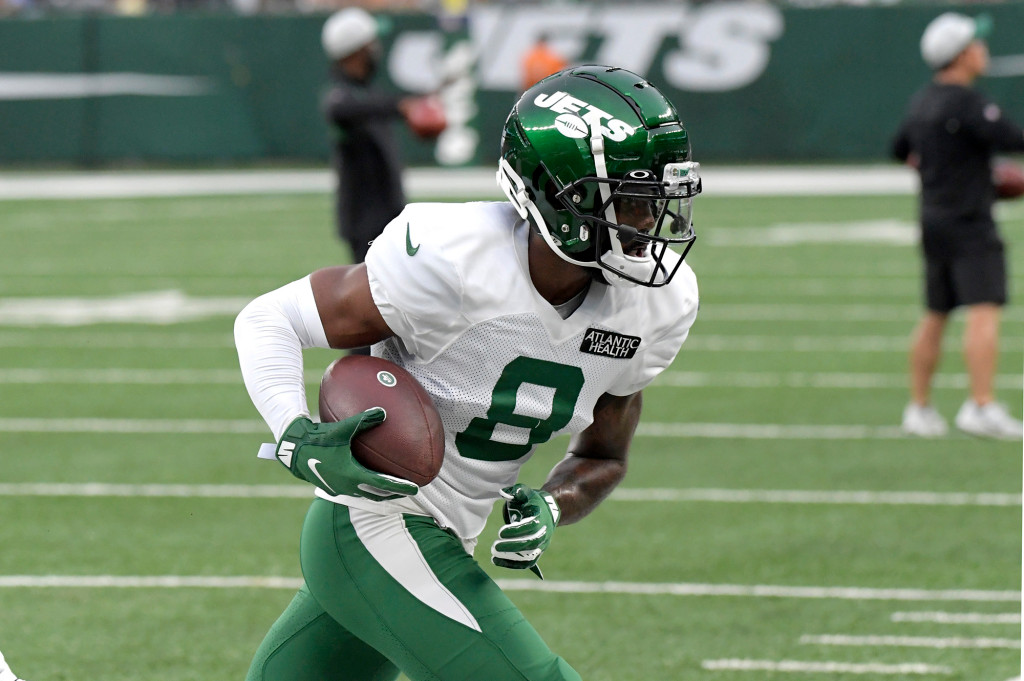 The Jets are hoping there will not be less of Elijah Moore after he departed practice early on Thursday.

The impressive rookie wide receiver left the field with a trainer with what Jets coach Robert Saleh later described as a quad injury. Asked if the issue would keep Moore out of Saturday’s preseason opener against the Giants, Saleh replied, “depending on the prognosis, for sure.”

“I’m an optimist. So I’m never worried until I’m worried. So, like I said, we’ll know more [after Moore is examined],” Saleh said.

The first-year head coach believed that Moore – the team’s second-round pick (34th overall) out of Mississippi – likely sustained the injury during one-on-one drills early in practice.  He added that the rookie “probably” would undergo an MRI exam “to make sure we check every box.”

Saleh had said multiple times earlier in camp that the 21-year-old Moore didn’t behave like a typical rookie on or off the field, showing confidence and maturity.

“You already know that if this is something, whether it’s little or not, he’s going to attack the heck out of it and make sure that he’s doing everything he can to get it back to 100 percent,” Saleh said. “So that part is the furthest from our worries.”

Saleh also said that he expects rookie quarterback Zach Wilson to play “about one quarter” in his first preseason game Saturday against the Giants.