Jiri Prochazka is keen to fight for the UFC heavyweight title. In a recent video uploaded to his Twitter account, ‘Denisa’ said that his ultimate goal has always been to capture UFC gold, while hinting that a top contender is trying to avoid a fight with him.

Prochazka scored a stunning knockout win over Dominick Reyes in his last outing. Before that, the Czech fighter had defeated Volkan Oezdemir on his promotional debut in July 2020.

Without naming anyone, Jiri Prochazka has now accused a fellow light heavyweight competitor of ducking him.

“All the time in the organization of the UFC, I said that my main goal is the UFC title. Nothing has changed till now. So, I’m keeping my word and nothing has changed for me. And guys, you keep your word too with that ‘I don’t want to fight with you or I want the fight with you’ and then you change your word. Where is the truth? I want to fight for the title. I want the title fastest way,” said Jiri Prochazka.

Following his win over Reyes, Prochazka said it would be his “pleasure” to challenge Jan Blachowicz for the light heavyweight championship.

Blachowicz is expected to take on Glover Teixeira at UFC 267 in October later this year.

Who could be the contender that Jiri Prochazka has accused?

The only name that makes sense for Jiri Prochazka to throw shade at is Aleksandar Rakic. The Austrian is ranked third in the division, one place below Prochazka.

Rakic had also suggested that the UFC should book a fight between himself and Prochazka.

“I am so motivated and so excited that this fight against Jiri makes now the most sense. Glover gonna fight Jan in September, who is gonna fight Jiri instead of me? Who?” Rakic told MMA Junkie. 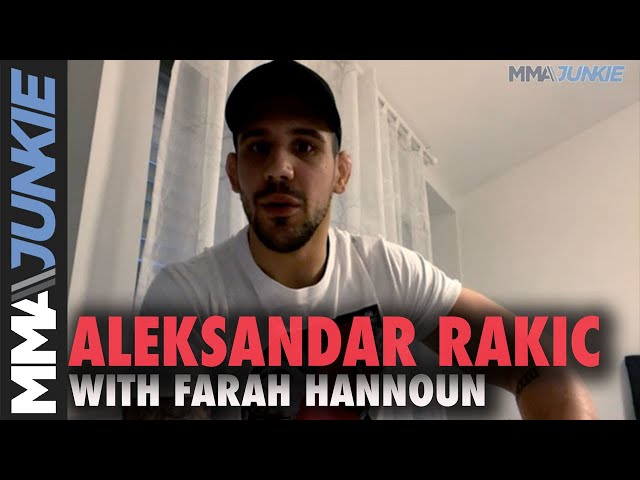 Rackic’s last fight was against Thiago Santos at UFC 259. He defeated the Brazilian via a unanimous decision.

Although very little can be safely deduced from Prochazka’s words, it appears that someone who had agreed to fight ‘Denisa’ has now backed down from the challenge.

Who is Chris Ardoin? All about the Zydeco musician who was shot while performing onstage in Louisiana

How Sean Strickland-Uriah Hall may play out