John Cena can’t wrestle forever, even if he and WWE desire otherwise. Age plays a factor in professional wrestling. As the megastars get older, it makes it a lot harder for them to work a full-time schedule for the company.

Now a part-time star due to his commitments in Hollywood, Cena sat down with Brian Truitt of USA Today to discuss his current WWE run and upcoming DC Comics film The Suicide Squad.

While discussing his current full-time return to WWE, Cena admitted he wishes there was a fountain of youth so he could contribute more to the company. However, he also cautioned that the longer WWE relies on aging prospects like himself, the less stable their future will be.

“Man, I wish there was some sort of fountain of youth where I could be a full-time contributor,” Cena said. “The longer they continue to bet on an aging prospect, that makes (WWE’s) future a little bit less stable. I used to chastise people for not working as efficiently as the WWE. And as a young man, I failed big. I was judgmental and I was apprehensive and I wanted to be back in the ring because I loved that immediate gratification.”

Most problems have more than one path to a solution. Have empathy and respect for others if they choose a path different from yours.

Can John Cena get through to Vince McMahon?

The WWE Universe has shared John Cena’s worries for many years now, but this is the first time the 16-time world champion has publicly acknowledged this problem. It’s something WWE owner Vince McMahon is probably less than pleased about.

But at the end of the day, he’s John Cena. He’s untouchable in every sense of the word. McMahon couldn’t do anything to him that would potentially cause a wedge between Cena and WWE.

This might be a blessing in disguise, however. If McMahon would listen to anyone, it’s probably the biggest star he’s had in the last two decades telling him so. Only time will tell.

John Cena is scheduled to face Roman Reigns for the WWE Universal Championship at SummerSlam on August 21 in Las Vegas. The pay-per-view will air live on Peacock in the United States and the WWE Network internationally. 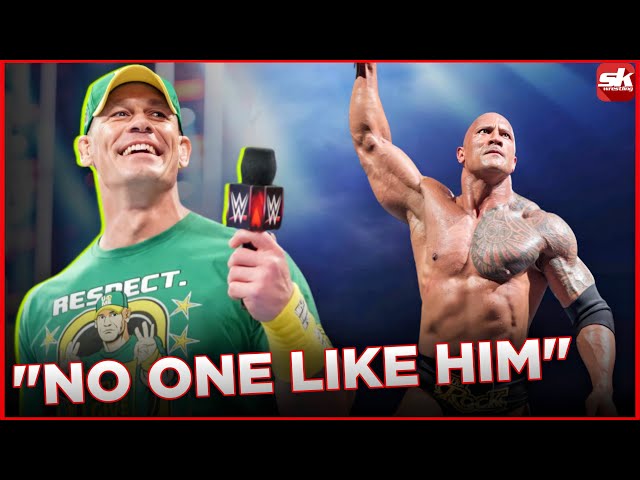 What do you make of John Cena’s comments? Do you think he has a point? And if he does, what should WWE do about it? Let us know your thoughts by sounding off in the comments section below.