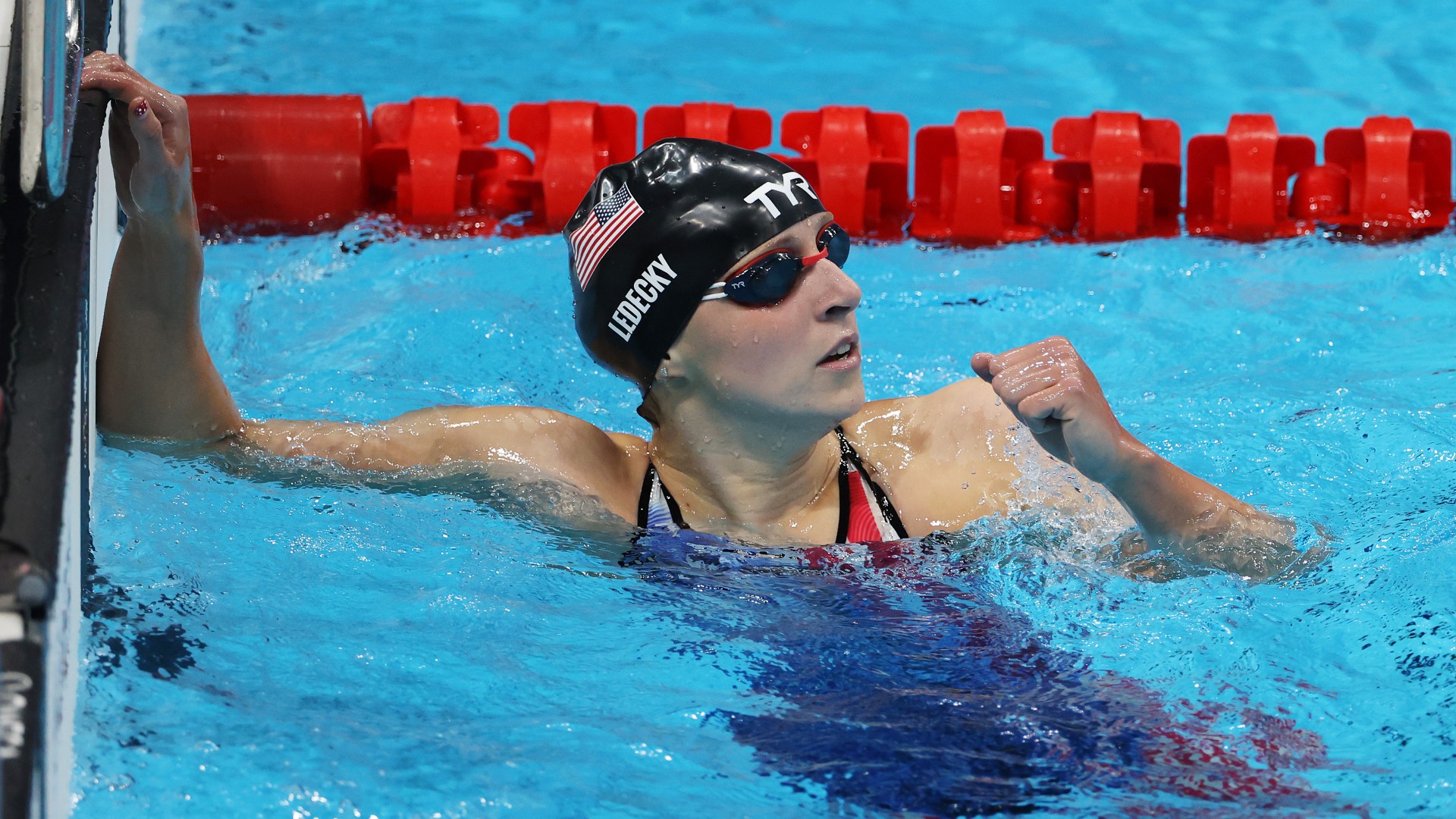 As fast as Katie Ledecky has swam at the 2021 Olympics, she was even faster putting to rest any speculation on her Olympic future following her final event in Tokyo.

Ledecky won the 800-meter freestyle on Friday, her second individual gold of the 2021 Tokyo Olympics, and was asked immediately after by NBC’s Michele Tafoya how she would know if this would be her last Olympics. Ledecky responded that she expects to race at least in the 2024 Paris Olympics, and maybe the 2028 Los Angeles Olympics.

“Oh that was not my last swim. I’m at least going to ’24, maybe ’28, we’ll see,” Ledecky told NBC. “No, I just knew it was going to be my last swim here. You never take anything for granted. You don’t know if you’re going to be back at the next Olympics so just try to soak it all in.”

Ledecky has found herself in an unusual position during the 2021 Summer Games: an underdog. She came in second in the 400 freestyle to Australian Ariarne Titmus and didn’t reach the podium in the 200 freestyle, while Titmus again netted the gold.

But Ledecky has put to rest any question about her swimming abilities since that 200 freestyle. She won the first-ever Olympic women’s 1500 freestyle later that same morning and powered the United States women to a silver medal over heavily favored Australia in the 4×200 freestyle relay.

Then on Friday, she took her first individual race against Titmus, staying about a second ahead of the Australian for most of the race before powering ahead late to finish at 8:12.57 — 1.26 seconds ahead of her new rival.

“It’s awesome, I just wanted to finish on a really good note and I’m so happy,” Ledecky told NBC. “In a lot of pain too.”

If Ledecky does decide to call it a career after the 2024 or 2028 Olympics, Americans might have already caught a glimpse of her possible successor: 15-year-old Katie Grimes has drawn Ledecky comparisons — both made the Olympics for the first time at age 15 — and has backed it up, having reached the 800 free final with the second-fastest time in prelims and finishing fourth overall at 8:19.38.

But it’s still well too early to look to the end of Ledecky’s career. She already has seven Olympic gold medals, behind only American Jenny Thompson at 8, and should still be in a position to compete for more gold in her distance freestyle events in Paris. For comparison, Michael Phelps won five gold medals at age 31 in the 2016 Rio Olympics, his final Games. Should Ledecky compete in the 2028 Summer Games, she would also be 31.