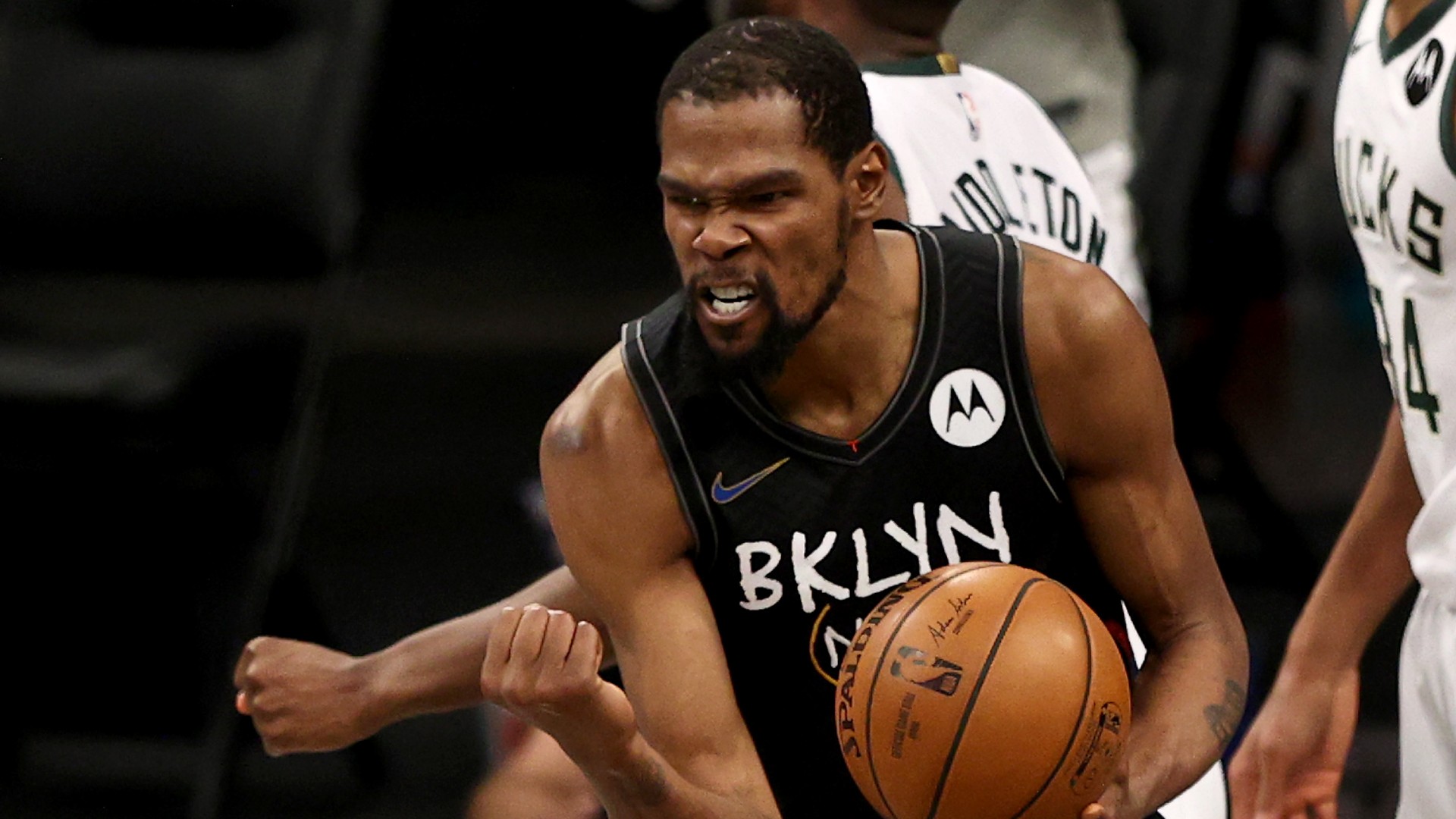 Scottie Pippen had to know that his comments about Kevin Durant would eventually make their way to the Nets star.

In an interview with GQ’s Tyler R. Tynes, the Hall of Famer discussed several topics, including Durant’s performance in the 2021 Eastern Conference semifinals. The 11-time All-Star averaged 35.4 points, 10.6 rebounds, 5.4 assists, 1.6 steals and 1.1 blocks in a seven-game battle with the Bucks, but the Nets ultimately came up short. Still, Durant earned plenty of praise for leading a Brooklyn team that saw Kyrie Irving and James Harden go down with injuries during the series.

Well, Pippen viewed things, uh, a little bit differently. He told Tynes that this was the first time he had “really seen Kevin Durant have to be the man and bring the team home.” He suggested LeBron James would have won the series with “team basketball.”

“KD can score better than LeBron, probably always have been able to. But has he surpassed LeBron? Naw,” Pippen said. “He tried to beat the Milwaukee Bucks instead of utilizing his team. You see what I’m saying? LeBron James would’ve figured out how to beat them and he wouldn’t have been exhausted and he may not have taken the last shot. But LeBron ain’t KD, and KD ain’t LeBron. KD is a shooter, a scorer. But he doesn’t have what LeBron has.”

Durant played all 48 minutes in Game 5 and 53 minutes in Game 7. Pippen referenced the final shot that Durant took at the end of the elimination contest, a 3-pointer that fell well short of the rim, and attributed it to the physical toll of carrying the offense.

“He needs to learn how to utilize his teams. He has to learn how to set up his teammates to be better. That’s it,” Pippen said. “As great as he is, there’s a [cap] to his [talent]. He could’ve easily made that 3, killed them in regulation, and we wouldn’t have been talking about this. But I knew going into overtime, he wasn’t gonna make it. He was taking all the shots. You done played the whole game, bro! And they’ve got guys physically wearing you down. You gonna lose. . . . But, have you ever seen LeBron take a shot like that? He ain’t gonna take that shot. He’s gonna be smarter. He’s gonna force a double team. That’s what KD wasn’t able to do. He was so exhausted he couldn’t even go to the bucket.

“I’ma be honest, I felt like [Nets coach] Steve Nash should’ve put KD on the block and just let him sit there and throw passes so he could rest. But he kept him at the top of the floor where they were getting all up under him. It wasn’t fair. But that’s just coaching. Steve Nash is an inexperienced coach. So, he gotta know. He wore KD down. How are the f— are you gonna win? He played the whole f—ing game. How you wake up the next day and say you shoulda won?”

Those Pippen quotes quickly made their way to NBA Twitter, so it was only a matter of time before someone tagged Durant, who is always active on the social media platform. Durant was quick to point out that Pippen wasn’t exactly a fan of “team basketball” when he refused to take the floor for the last play of a 1994 playoff game between the Bulls and Knicks. Pippen was furious that Chicago coach Phil Jackson had designed the play for Toni Kukoc instead of Pippen. Kukoc hit a game-winning buzzer-beater, but Pippen’s decision to stay on the bench largely overshadowed what should have been a joyous moment.

“Didn’t the great Scottie Pippen refuse to go in the game for the last-second shot because he was in his feelings?” Durant tweeted.

Didn’t the great Scottie pippen refuse to go in the game for the last second shot because he was in his feelings his coach drew up the play for a better shooter??

But Durant wasn’t done yet. He also called out Pippen for deliberately waiting to have surgery until closer to the 1997-98 season because, as Pippen said in ESPN’s “The Last Dance,” he wasn’t going to “f— my summer up trying to rehab for a season.”

“This guy Scott also wanted to enjoy his summer so he chose to rehab during the season,” Durant tweeted.

This guy Scott also wanted to enjoy his summer so he chose to rehab during the season lol yo @ScottiePippen THEY FOLLOWED PHIL, NOT YOU!!!

Durant vs. Pippen: The spicy summer hoops beef that no one saw coming. How will Pippen respond?